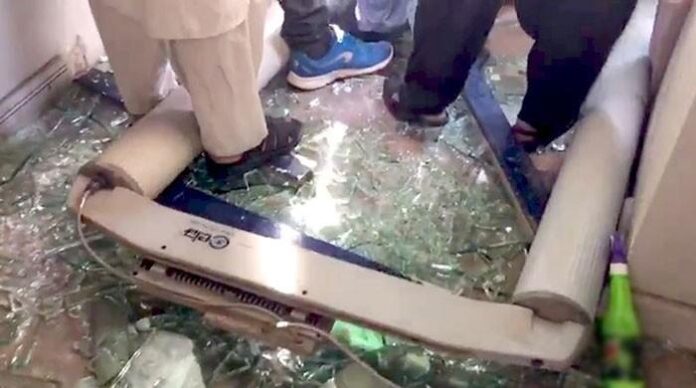 KARACHI: Karachi police have registered a case against over 200 people for attacking the offices of the Jang media group in the metropolis on Sunday.

Dozens of protesters, venting out their anger against inflammatory words used by anchorperson Irshad Bhatti against Sindhis, tore down a walk-through gate and broke through a main gate of the building.

The protesters were enraged over a video from a Geo News programme on social media, the edited version of which has gone viral, said Siddiqui.

“What you see on social media is not how it was said on the show,” he said, adding that Geo News had also aired a clarification as well as an apology on the same show.

“What remains to be known is who these protesters are,” he added.

Anchor Irshad Bhatti from television show “Khabarnaak” clarified that his show is one of comedy and satire and “Sindh and Sindhis are part of his identity as is any other province.”

Talking to Geo News, Sindh Information Minister Nasir Hussain Shah condemned the violence and promised an investigation into the incident.