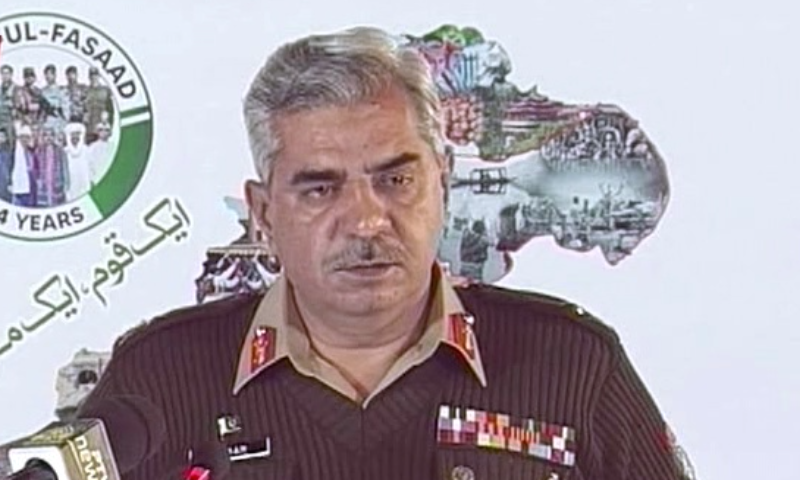 The chief military spokesperson briefed reporters about the national security situation and achievements in counter-terrorism measures.

The news briefing – which coincided with the fourth anniversary of Operation Radd-ul-Fasad – was arranged to update the media on the achievements made by the security forces during the four-year-long offensive. “We have eliminated such anti-Pakistan propaganda by a large extent,” he added.

“The strategic intent of Raddul Fasaad was, and is, a peaceful, stable and normalised Pakistan where people’s confidence in the state is restored and terrorists and extremists are rendered completely ineffective by curtailing their freedom of action,” he said.

Highlighting the role of the public in security operations, he added: “While armed forces fight terrorists, terrorism and extremism can only be defeated by the civil law enforcement agencies and society as a whole.”

According to a “whole of nation approach, every Pakistani is a sepoy of Raddul Fasaad”, the ISPR chief said.