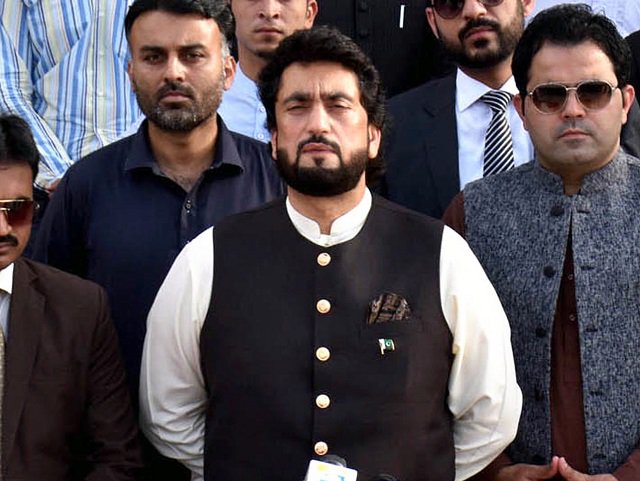 ISLAMABAD: Chairman of the Parliamentary Committee on Kashmir Shehryar Khan Afridi Monday urged the state of Pakistan needs to devise a comprehensive strategy to deal with the challenges in the information age as the enemy is spending lavishly to target the foundation of state of Pakistan and fake news is a part of the enemy’s arsenal.

Addressing the participants of a seminar titled “Disinformation as a tool of strategic warfare” held here jointly by Kashmir Committee and the Institute of Regional Studies, Shehryar Afridi said that Modi’s India has used negative narrative against Pakistan for strategic and political objectives.

“In the age of information, statecraft has used disinformation and information as a tool of strategic and hybrid war.
Information warfare is a modern tool for building state narrative,” he said.

He said since information is part of modern warfare, media needs to understand how vicious elements could misuse media narrative for individual and state objectives.
Drawing a parallel between Pakistan and India, Shehryar Afridi said that Indian government added Indian media into its nation building project in 1948 and Indian media toed the official narrative and hence became a party in Indian propaganda machine.

He said that unfortunately extreme media freedom was given without sensitising the media houses about the national interests and national discourse.

Hence, Shehryar Afridi said, Pakistani media was vulnerable and the enemy used this extreme freedom for its hybrid war against the state of Pakistan.

Afridi said that India also used its disinformation campaign to convince the world to tag Pakistani state institutions for turmoil in the region through misuse of media.

He said that Indian occupational forces in Indian Illegally Occupied Jammu and Kashmir are committing war crimes against the unarmed Kashmiris who have legitimate right to fight against the invading military of India.

He said that keeping in view the challenges of the information age, Pakistani state needs to evolve a strategy to deal with the hostile enemy and its hybrid war imposed from all sides in tandem with fake media houses and social media. He called upon the concerned departments to also work for brining in regulations for social media and learn from the past mistakes.