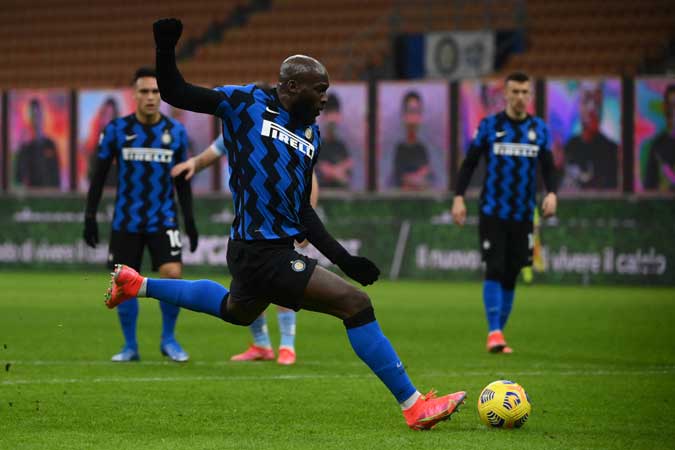 MILAN: Two goals from Lautaro Martinez and one from Romelu Lukaku earned Inter Milan a 3-0 win over AC Milan in Sunday’s derby clash at the San Siro, sending Antonio Conte’s side four points clear at the top of the Serie A standings. Inter got off to the perfect start as Lukaku crossed for strike partner Martinez to head home after just five minutes to give his side the lead. Three stunning saves at the start of the second half from Inter goalkeeper Samir Handanovic kept his side in front as Milan came out with added impetus in the second half. Those stops proved crucial as Martinez finished a fine, flowing Inter move to score his 13th Serie A goal of the season to give his side some breathing space in the 57th minute. Not to be outdone, Lukaku made sure of a fourth league win in a row for Inter with a well-taken goal in the 66th minute, as the league leaders moved onto 53 points, four clear of Milan.