The anguishing sobbing of the family members of “missing” persons from Balochistan staging a sit-in in Islamabad would break any heart. Some might say their harrowing experiences finally struck a cord at the centre as Human Rights Minister reached out to the protestors. Shireen Mazari even assured them of the government’s commitment to “end(ing) this practice of enforced disappearances through legislation.” PM Khan’s invitation to meet the families in March is another welcoming sign of his recognition of the state’s duty to enforced disappearances.

Of course, for the families trying to make a case of their agony in front of apathetic administrations, one after the other, verbal assurance would not do the trick alone. Though laudable for being a step in the right direction, this interest would need the backing of legislation that substantiates the present government’s will to address the black hole of enforced disappearances. The federal cabinet’s pursual of a bill on missing persons as well as the Islamabad High Court’s scathing strictures against concerned government officials in an abduction case are clear indicators of change being underway. But the power that be better gear up to tighten their net around responsible parties. Merely shifting the blame won’t do; not anymore!

The fight to find the disappeared and guarantee an end to this egregious abuse of constitutionally-guaranteed safety would not be easy. There’s no second-guessing that. But the sad reality remains that the state needs to lock horns with high-ups in security agencies while trying to put out political fires. The very fact that PML-N’s Vice-President Maryam Nawaz decided to play politics with the grief of these families by finding fault with the government’s line of action is surprising, to say the least. Enforced disappearances are not a new phenomenon in Pakistan and despite giving his word to recover all abductees in 2012’s campaign, the Nawaz Sharif government only buried its head in the sand. So much so that strange claims about there not being as many missing people as was cried by activists flew in all directions.

Coming back to today, Mazari and PM Khan’s good intentions might stand a good chance if the state decided to sharpen its arsenal with something more effective than the Commission of Inquiry into Enforced Disappearances. Largely called out for its delinquency, the commission has done nothing to address its main goal: an end to disappearances. Till last year, it only had 6,786 cases on its roster. Anyone would find this minuscule number hard to believe! At best, the inquiry commission can be allowed to function as a record of the keeper; nothing more!

For the past several decades, distressed families grasping for even the faintest confirmation for their relative’s whereabouts–may it be death–have haunted Pakistan. If the government is as serious in putting a tab on Pakistan’s Frankenstein as it claims, it might consider ending the culture of impunity that clouds all relevant court proceedings and state-led efforts. * 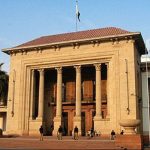