Revival of power loom sector to boost economy in country 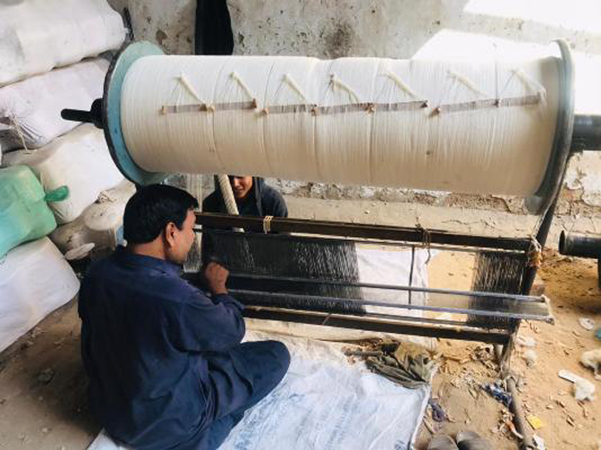 Economic stability is most often linked to manufacturing sector growth as it provides a strong basis for economy through revenue collection, enhancing per capita income and cutting trade deficits thus leading to development in the country and ameliorating the lot of people. Pakistan’s industrial especially the textile and manufacturing sector have been amply contributing to economic growth in the country over the decades.

But, in recent past the faulty policies of the government badly affected this sector and the country bore the brunt of trade deficit due to diminishing industrial growth.

Realizing the importance of this sector in economic growth, Prime Minister Imran Khan and the present government focused the industrial sector on priority encouraging the textile sector and small medium enterprises to play their role in economic revival.

The effective strategies initiated by the PTI government have started producing fruitful results as the country is earning sizeable quantum of foreign exchange through growth of manufacturing sector and export of home made products.

In this regard, significant improvement has also been recorded in textile sector of the country where the Pakistan striving its status of 8th largest exporter of textile in Asia. In its efforts to putting country on strong footing, the PTI government besides facilitating mega industrial cities like Karachi, Faisalabad and Lahore has also focused small cities and their manufacturers.

Such an example is of Sanghar district of Sindh province that produces quality cotton on large scale. As Sindh province is one of the largest producers of cotton and contributes due share in country’s economy, its historic Tando Adam area fully benefits from this growth.

Thousands of people in this city are associated to small scale manufacturing and make Tando Adam famous for home based power looms industry. This sector has remained a source of income for people in the area for last 50 years.

When the present government came into power, the power loom industry like other industrial sector was experiencing acute problems that had hindered its growth. The worsening situation was seeking attention of the authorities over the period but could not get desired response to keep the ball rolling and ensuring bread and butter for those associated to this sector. Then the time came when the present government paying heed to hardships of people associated to this sector announced an incentive for the industrial sector. These initiatives not only paved way for revival of this sector but also ensured the labor class to earn finances to meet their needs.

He informed that over 500 small and large scale units of power looms are being operated in Tando Adam besides over 700 textile sewing machines that ensure earning for more than 10,000 self employed and daily wages employees. “We were facing number of problem including hefty utility bills. But, after announcement of exemption in power tariff, the factory owners feel some to come out of financial constraints and earn respectable living.”

Sabir Ansari said the industry has been engaged in producing quality products of polyester, staple, jarjat, khaadi, cotton and mosquito mats. These items are brought to finished form by textile units of Karachi and Hyderabad and exported to various countries including USA, UK, Germany, Saudi Arabia and UAE.

He emphasized to providing maximum incentives to power looms industry including declaring load shedding free area as well as import of quality thread so the country could be able to achieve quality production and compete in the international market.

Sabir Ansari pointed out to shortage of thread that was hampering speedy production of goods by factory owners and their in time delivery to buyers. “This problem also needs attention of the authorities to enable us to compete in international market.”

Eulogizing the efforts the Prime Minister Imran to boost industrial sector, Shakeel Ahmed Ansari, another power looms owner said, no government in the past initiated such measures for small and medium industries.

“The initiative of the PTI government would surely improve the socio economic condition of the workers associated to small and medium industries for earning a living and feeding their families,” Shakeel said, who runs a small unit at Tando Adam.

He said progress of industrial sector will not only provide opportunities for owner to prosper but also ensure employment for the local people and factory workers. The workers employed at power loom factories on daily wages also cheer up due to the government initiatives because prosperity of this sector also allays their fear of going jobless.

“We are paid wages at the rate Rs. 500 to Rs. 700 per day that means a lot to meet our daily expenditures. If there is no business, there is no employment and what no employment means can only be understood by an unemployed person,” said a power loom worker.

The 50 years old Power Loom industry of Tando Adam is reviving although it is still facing problems like thread shortage and multiple expenses hampering its endeavor to compete in international market. This industry is source of livelihood for 10,000 families who belong to poor background. Although they earn a living to meet their ends, they are also desire a package of health and education facilities for their families.