PML-N in the lead in Punjab, KP by-polls 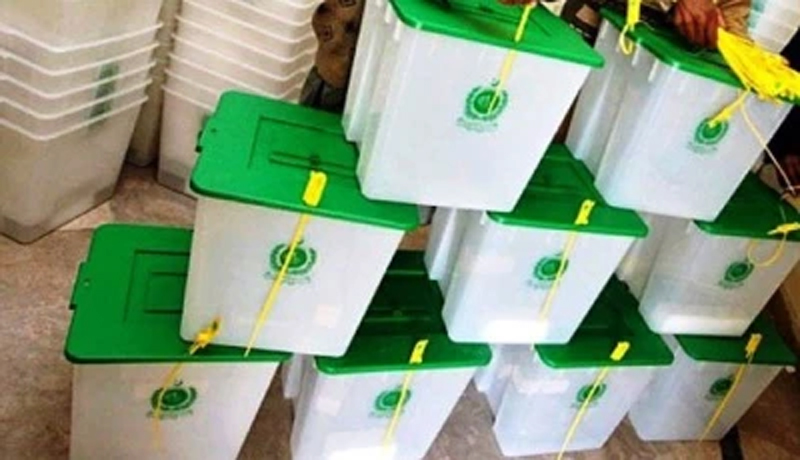 As per the unofficial results from all 102 polling stations in the constituency, Akhtiyar Wali Khan secured 21,122 votes and emerged victorious in the by-polls. His close contestant, ruling Pakistan Tehreek-e-Insaf’s (PTI) Muhammad Umar, bagged 17,023 votes and stood second.

Unofficial results from 135 polling stations of Gujranwala constituency showed that PML-N’s Begum Talat Mahmood was in first place with 44,371 votes. PTI’s Chaudhry Yousuf, meanwhile, was in the second place with 38,244 votes.

Earlier in the day, two persons died and at least two others were injured as clashes broke out between PTI and PML-N workers in NA-75 constituency. The firing incident occurred at the Gondka polling station which resulted in three persons getting injured initially, with two succumbing to their injuries on the way to the hospital. A heavy contingent of police officials and Rangers personnel arrived at the Gondla polling station to restore order there. PTI and PML-N workers had assembled outside the polling station where the firing incident took place, shouting slogans against one another.

Out of 360 polling stations in the constituency, the voting process was suspended at 15 sensitive polling stations when the violence erupted. Two groups of people exchanging blows, armed with sticks in Daska can be seen in a video clips that have gone viral on social media. Police have yet to identify or arrest the suspects behind the firing. The city’s traffic situation worsened when the conflict broke out. The atmosphere outside the polling station where the firing took place remained tense.

As per reports at the time, no law enforcement personnel could be seen outside the polling station and workers of the PTI and the PML-N came face-to-face, shouting slogans at each other as fear and panic spread in the area.

“According to sources, PML-N’s thug Javed Butt murdered PTI worker Majid by firing at him and severely injured Sajid,” tweeted Dr Shahbaz Gill. “The PML-N is full of goons such as Gullu Butt and Javed Butt. These are criminals, politics is just a cover-up. Every drop of blood will be accounted for,” he added.

Dr Firdous Ashiq Awan held a news conference during which she blamed the PML-N ‘goons’ for entering polling stations forcibly and harassing PTI workers. She also lashed out at the ECP, saying that it seemed as if the commission “had its eyes closed”. “Those officers [of the ECP] who operated outside of the law today, we have our eyes on them,” she warned. The PTI leader vowed that the provincial government will “neither leave the PTI nor its facilitators” for the Daska chaos.

PML-N spokesperson Marriyum Aurangzeb lashed out at the PTI, blaming the party for resorting to violence in the face of imminent defeat. The PML-N leader said that she would request the ECP to extend the voting time in the area and added that the party will demand the commission to hold an inquiry into the firing episode.

Later, holding a press conference, Aurangzeb said that both PTI and the PML-N workers had been martyred in the incident. “Two people are dead and four persons are severely injured,” she said, blaming the whole provincial government and the administration for being in cohorts with the culprits who had opened firing.

Chief Minister Usman Buzdar took notice of the Daska firing incident, tasking IG Punjab to send him a report on the matter. Buzdar ordered the culprits responsible for the firing to be brought to book. “Violation of the law will not be tolerated at any cost,” he said. “Action should be taken against the persons regardless of their political affiliation.”

Following the incident, the chief election commissioner has called a meeting on February 23 to discuss the matter, a statement issued in this regard said.