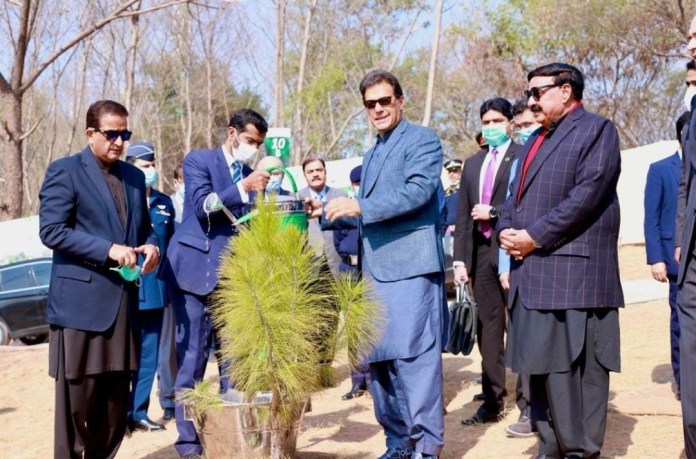 Prime Minister Imran Khan said that forestation is a “lifesaver” for the coming generations of Pakistan. On Wednesday he emphasized on the importance of plantation and forestation saying that the government is adamant on making a greener Pakistan keeping in mind Pakistan’s vulnerability to climate change.

“For Pakistan, the plantation is not a hobby, but a vital step to give our future generations a clean and healthy environment to breathe in,” the Prime Minister said at the launch of Islamabad’s first-ever Japanese method-inspired Miyawaki forest at Shakarparian hills.

The Miyawaki technique named after a Japanese botanist Akira Miyawaki, helps in plant growth, which is 10 times faster and results in 30 times denser forestation.

Pakistan is a forest poor country where less than 6 per cent of total area is under forests. Since most of area falls in arid and semi-arid region, low precipitation naturally deters the growth of forests. Forestation is therefore the need of the hour.

The government has already been working on re-forestation initiatives like “Billion Tree Tsunami” helping towards a greener Pakistan. Twenty sites in Islamabad have been identified to be developed on lines of Miyawaki style, also called Potted Seedling Method.

Prime Minister Imran Khan said in his address during the inaugural ceremony of Spring Tree Plantation campaign 2021 that was among the 10 most vulnerable countries to climate change and rising temperatures, and forced the need for quick steps to counter the challenge.

He also expressed great concerns over pollution levels rising in major cities of Pakistan. He pointed that environmental conditions in the metropolitans like Lahore and Peshawar – once known as the Garden Cities, had become awful due to increased levels of pollution. PM also said that Lahore turning into a concrete jungle is very concerning.

“Our government is determined to bring change on earth (through plantation) and to the mindsets as well,” he said.

The Prime Minister commended the efforts of Federal Minister on Climate Change Malik Amin Aslam and his team for executing the forestation projects in an effective manner.