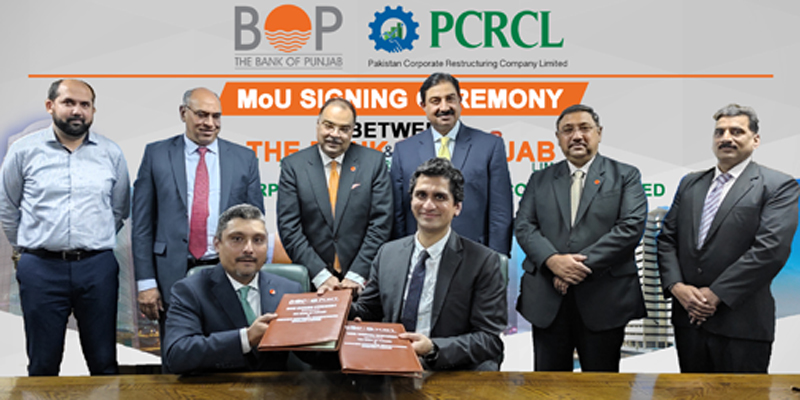 Non-Performing Assets of the Banking Industry have persistently shown a rising trend over the last several years and are a source of grave concern and a major stumbling block in the way of rapid economic growth.These NPAs are expected to further augment in the wake of current economic meltdown, political uncertainty and COV1D-19 Impact.

Therefore, given the present overall economic situation of the country, there is a dire need to take extraordinary steps to expedite resolution of NPAs and make distressed companies financially and operationally viable.

Bank of Punjab has decided to capitalize upon the opportunity of availing the specialized, non-conventional Remedial Management expertise of Pakistan Corporate Restructuring Company Limited (PCRCL) established under the CRC Act.

In this regard, the bank after conducting an exhaustive due diligence of its hardcore

Non-Performing Assets (NPAs), has signed a memorandum of understanding (MoU) with PCRCL for expeditious resolution of its long standing NPAs, as well as to play its role in the revival of sick industries. The MoU shall give the bank the First Mover’s advantage in the industry to utilize the services of PCRCL.

The bank is extremely excited to partner with PCRCL and believes that this would be a step in the right direction to manage its non-performing portfolio as well as aid the industry at large for revival and rehabilitation of ailing businesses.