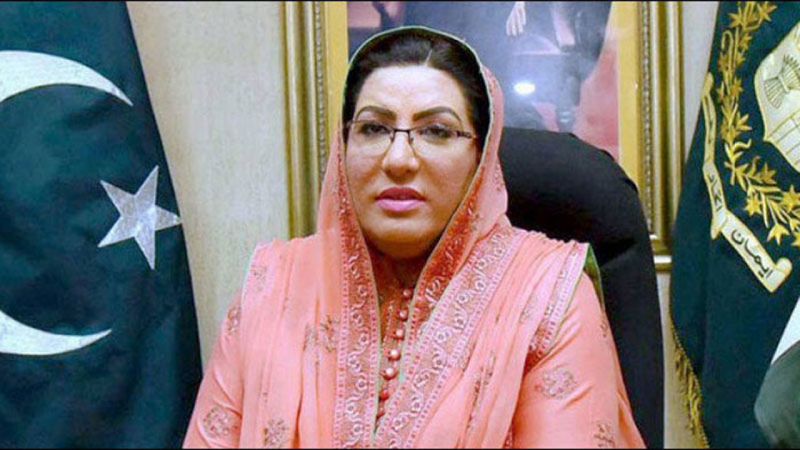 Addressing a press conference on Wednesday, Dr Firdous said it is deplorable that a respected member of the Sindh assembly was illegally handcuffed because he has exposed the wrongdoings of the Sindh government.

She said that Pakistan Muslim League-Nawaz (PML-N) Vice President Maryam Nawaz and the cronies of her absconding father, former prime minister Nawaz Sharif are issuing the most controversial and venomous statements against the state institutions.

The special assistant said the Punjab government has followed democratic norms by giving free hand to the opposition. Regrettably, peoples’ conscience was purchased through money during elections in the past, adding that the opponents’ only motive in politics is corruption while PTI is struggling for a corruption-free Pakistan.

She said that Maryam compared the NA-75 by-election with war, adding, “We are crusading against the powerful mafia. The patriotic Pakistanis as well as PML-Q are siding with Imran Khan and the truth and honesty will always prevail. PML-Q is our ally and supporting PTI.”

Dr Firdous said the government is working to rehabilitate the oppressed and indigent strata of Daska. She said that a free and fair election will be held in NA-75, adding that the opportunist gang will be defeated and people wouldn’t have witnessed such a positive change in the past.

Dr Firdous said that Maryam’s Islamabad visit was meant for a photoshoot only to display her vast collection of expensive clothes. It seems that she is upset because her father, two brothers and other family members are also ‘missing’. Regrettably, the one who used to make false claims of dying in this country has ended its last relation with the country with the expiry of Pakistani passport. It is a tragedy that the three-time prime minister is moving like an absconding stranger on London roads to avoid Pakistani courts.

The SACM said that a passport is the identity of every patriotic Pakistani but those who have relations with Modi have no attachment with their Pakistani identity, adding that Nawaz Sharif does not want to come to Pakistan and Maryam is also anxious to run away abroad. Leaving the country on medical grounds is an escape drama that will eventually flop, she said.

Dr Firdous said that Imran Khan is bringing reforms in the system to ensure transparency and rule of law. No one is above the law and corrupts will be held accountable for their misdeeds, she asserted.