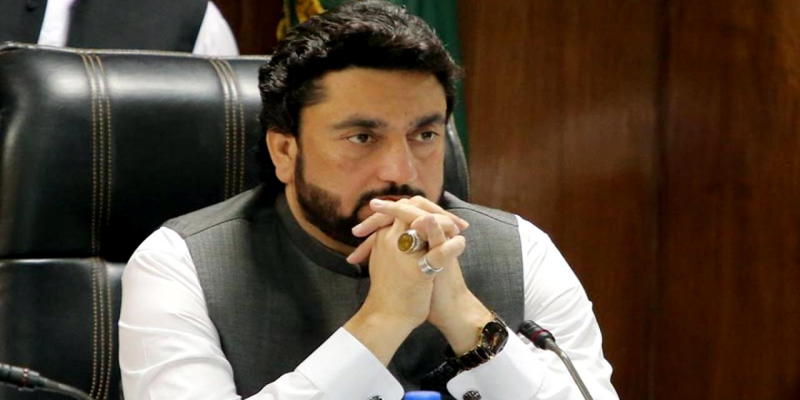 Chairman for the Parliamentary Committee on Kashmir Shehryar Khan Afridi Wednesday said that by blanket shutdown and protest, the brave Kashmiri people have exposed the Indian plans aimed at misleading world opinion about the situation in Indian Illegally Occupied Jammu and Kashmir.

Afridi expressed these views while addressing a national seminar regarding solidarity day with Kashmir at Women University Swabi.

Afridi said that the Indian regime has arranged a staged visit in Indian Illegally Occupied Jammu and Kashmir but such scripted visits can never mislead the world opinion on Kashmir. He said that such staged visits to valley can’t mislead world opinion on genocide of Kashmiris by India. “India can never mislead the world community over the atrocities being committed by Indian illegal occupational regime against the Kashmiri people in Jammu and Kashmir,” he said.

Shehryar Afridi urged young Kashmiris and Pakistanis must rise to the occasion and expose the Indian evil plan to hoodwink its atrocities being committed in Kashmir. He said that Allama Iqbal was the founder of Anjuman-e-Musalmanaan-e-Kashmir. He said that we as a nation will never forget the corruption done towards Muslims by the Hindus at the time of partition. He said that Pakistan will not let Modi regime repeat what happened in history to usurp rights of Muslims. In one of his tweets he said that removal of military bunkers right before diplomat’s visit is a staged move towards giving ‘semblance of normalcy’ to the envoys. He said that truth behind this will never hide and that the world will get to know the real and ugly face of Modi’s fascist hindutva rule.

In another tweet he addressed the members of European Union, welcoming them to ‘bleeding Kashmir’. He tweeted that Kashmiris in Indian Illegally Occupied Kashmir are raising banners and observing a shutdown to protest the ‘staged’ visit of foreign envoys to illegally Occupied Jammu and Kashmir. He said that prisoners of conscience, mass graves, half widows and pallet guns are the tools being used by Modi regime to silence Kashmiri people. He said that Indian occupational regime in Kashmir is involved in demographic terrorism against the people of Indian Illegally Occupied Jammu and Kashmir.

He said that the world on one hand is talking about equality, freedom of expression and rising beyond race and color. However, on the other hand, he said the world is silent on the incidents that are in complete violation of humanity by Indian forces in IIOJK. He said that Kashmir Committee has been working on forming advisory boards covering all the aspects of life of people of Kashmir.

Senator Waleed Iqbal said that Pakistan will use it’s nuclear weapons against india if needed. He said that Allama Iqbal wrote poems depicting miseries of people of Kashmir and those miseries are still going on as a result of indian oppression in Illegally Occupied Jammu and Kashmir.

Vice chancellor of the Swabi University for Women Shaheena Urooj Kazmi said that United Nations need to be questioned on its failure to implement dozens of resolution passed on Kashmir issue. She said that India has to be stopped on its plans of demographic changes in IIOJK.