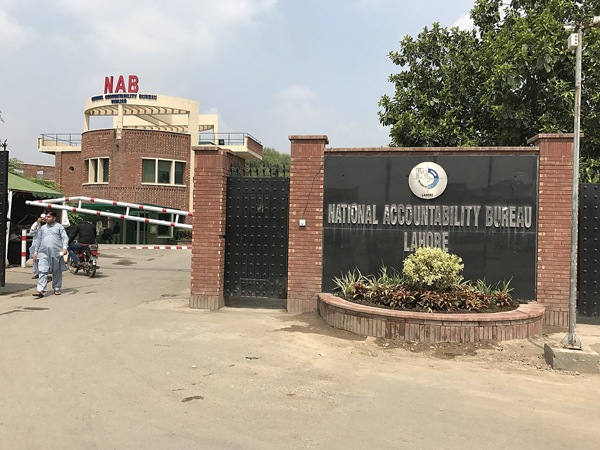 National Accountability Bureau (NAB), Lahore is focused on the vision of Chairman NAB, Justice Javed Iqbal and has continued the disbursement of recovered money from corrupt elements to Government Kitty.

Today, NAB Lahore handed over Cheque worth Rs27.2 Million recovered in Gujrat Police Funds embezzlement Case. Above amount has been recovered through Plea Bargain with the two accused which has been handed over to the representative of Inspector General, Punjab Police, whereas, another Cheque amounting to Rs 3.093 million has also been handed over to the Additional Secretary Finance, Government of Punjab. The said amount was recovered from the accused named Khalid Bashir employed in Gujranwala Development Authority (GDA), in a case of assets beyond means.

According to the details, NAB took cognizance in 2018 over information relating alleged financial embezzlement in Gujrat Police Funds i.e POL, Leave encashment, Martyrs funds and Utility Charges etc by initiating an Inquiry which was authorized by the Director General NAB Lahore, as per law. Later, in December 2018, after finding sufficient evidence of the corruption the ongoing Inquiry was upgraded into Investigation level. During the course of Investigation, it revealed that between 2014-2016 officers & officials of Gujrat Police were allegedly involved in embezzlement of government funds, whereas, NAB Lahore arrested 13 accused persons including two former DPOs and two Ex-District Accounts Officers. In 2019, NAB Lahore also filed a Reference against former DPO Gujrat accused Rai Ejaz & others in Accountability Court, Lahore over which trial proceedings are underway.

Recovering the looted money from corrupt elements is top most priority of NAB while NAB Lahore has recovered Rs75 billion (directly and in-directly) during the last 42 months (approx), whereas, the said recovery is 900% more excessive than preceding 17 years of recoveries. The recovery of looted money is made through Plea Bargain Law which is duly approved by honorable Accountability Courts.