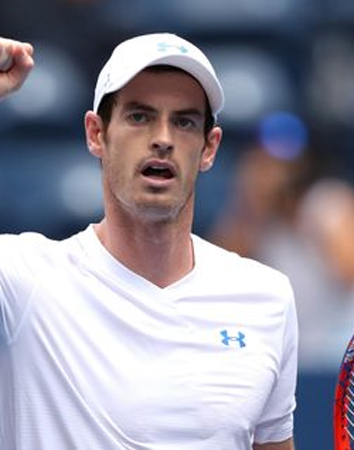 PARIS: Former world number one Andy Murray will make his ATP Tour return with next week’s Open Sud de France in Montpellier, organisers said on Tuesday. Murray lost in Sunday’s final of the Biella Challenge event in Italy in his opening tournament of the year. The 33-year-old, a three-time Grand Slam winner (US Open 2012, Wimbledon 2013 and 2016) was forced to miss the ongoing Australian Open due to a positive Covid-19 test. “Andy Murray, previous World No 1, multiple Slam winner and double Olympic Gold medallist, will play in Open Sud de France 2021,” the organisers of the competition starting on February 21 said. “With 46 ATP titles he is one of the best players of the past decade. After injury problems over the last few years, he has been working hard in the off season and looking forward to competing once again in 2021.”

Murray only played seven official matches in 2020 as he battled a pelvic problem which compromised his attempts to rebuild his career after hip surgery. The Scot, who had initially been given an Australian Open wildcard, was furious at missing the tournament and believes he became infected with Covid-19 at the National Tennis Centre in London, where most of Britain’s elite tennis players trained during the pandemic. He said he was “pretty ill” and had passed the virus onto his wife Kim and their three young children.