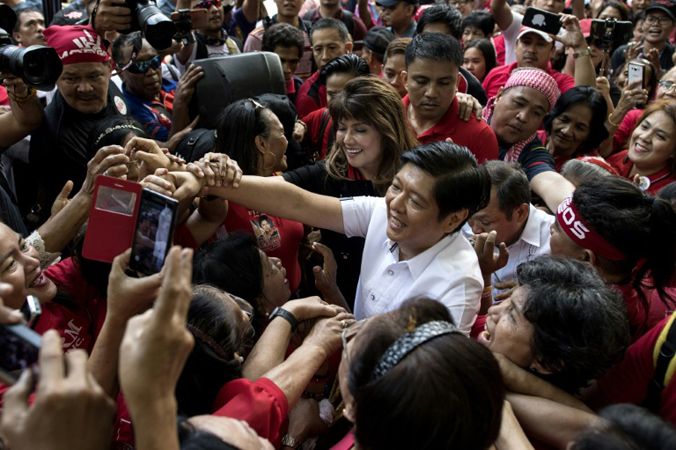 The Philippines’ top court on Tuesday dismissed an election protest by Ferdinand “Bongbong” Marcos Jr, the son and namesake of the country’s former dictator, whose defeat in the 2016 vice-presidential poll was a setback for his clan’s political revival. Bongbong had accused his rival candidate Leni Robredo of electoral fraud after she narrowly defeated him. A recount in tightly contested areas gave her a bigger lead. Losing the election was a blow for the Marcos family, which had gone into exile in the United States after the patriarch’s humiliating downfall in 1986. He and his wife Imelda were accused of massive corruption while in power. The dictator’s family returned to the Philippines after he died in 1989 in Hawaii. The clan remains influential with members in political positions, and had targeted the vice-presidential post as a way back to the top office in the country. But that plan took a hit Tuesday by the unanimous decision by the Supreme Court to dismiss the challenge to the 2016 result “for lack of merit”. President Rodrigo Duterte — an ally of the Marcos family — was swept to power in a separate contest. Duterte said in 2018 he would resign if Bongbong won the electoral protest and became vice president, enabling him to take the top job under constitutional succession rules. Imelda has said previously she dreams of her son — a senator from 2010 to 2016 — becoming the country’s leader.