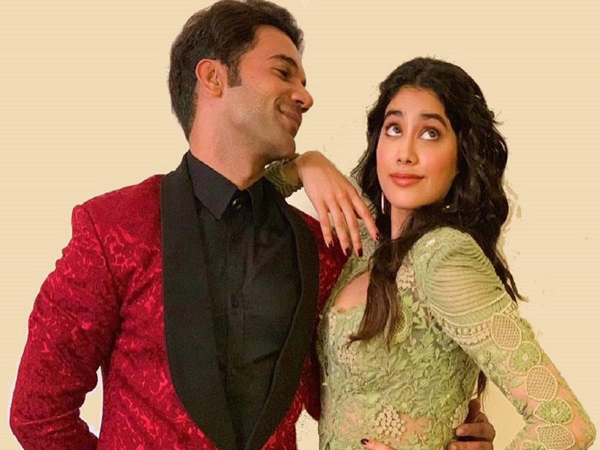 A film that has been the talk of the town over the past few days is Roohi starring Janhvi Kapoor, Rajkummar Rao and Varun Sharma. The horror-comedy stars Janhvi, Raj and Varun in the lead. The trailer of Roohi was released just a few hours ago on YouTube and so far, it is being hailed by netizens. The initial Twitter reaction seems to be positive as several fans were impressed by the spooky bride avatar of Janhvi and Rajkummar and Varun’s comic timing. The trailer features Janhvi as a young girl who gets possessed by a ghost who takes away brides on their honeymoon. While being possessed, the situations that arise for her, Rajkummar and Varun provide scope for comedy in the trailer. The trailer surely managed to spook many of the fans as a few mentioned the ghostly avatar donned by Janhvi for the film. Rajkummar and Varun’s banter with each other reminded some of the fans of Stree.