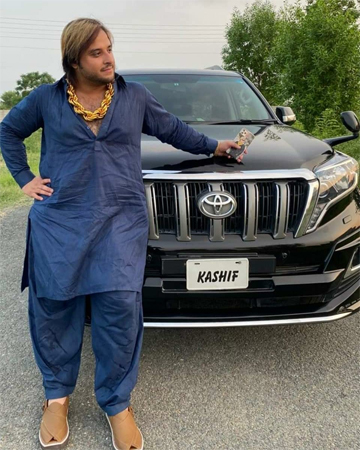 Turkish drama series ‘Dirili?: Ertu?rul’ star Engin Altan Duzyatan has officially announced the cancellation of his agreement made with Pakistani company, it was reported on Monday.

“I am cancelling the agreement with the Pakistani company as a brand ambassador,” said Engin Altan in a statement, adding that company owner Mian Kashif Zameer did not fulfil any of the conditions under the agreement.

The Turkish actor also expressed his displeasure over the false statements and misinformation given to the media by the company owner Kashif Zameer.

The actor said that his visit to Pakistan had given him the opportunity to meet the loving people of Pakistan and explore the beautiful country (Pakistan). The Turkish actor announced that he will soon visit Pakistan again.

“I am determined to enhance friendly relations as well as mutual culture between Turkey and Pakistan. Inshallah, I will visit Pakistan again in person soon,” the Turkish actor further maintained.

Earlier it emerged that Kashif Zameer is a wanted criminal, with nearly eight cases booked against him. The police party had also arrested Mian Kashif Zameer after the emergence of his criminal record.

According to a criminal record of gold-laden Kashmir Zameer available with ARY News, four cases were registered against him in Lahore, two each in Toba Tek Singh and Sialkot.

These cases include serious offenses including fraud, betrayal of trust, car theft and robbery.

Zameer, who was seen everywhere with the Turkish star during his first-ever visit to Pakistan, had struck a deal of one million dollars with Engin Altan.

Kashif Zameer is the managing director of the Chaudhry Group of Companies and invited the Ertugrul star to visit Pakistan.