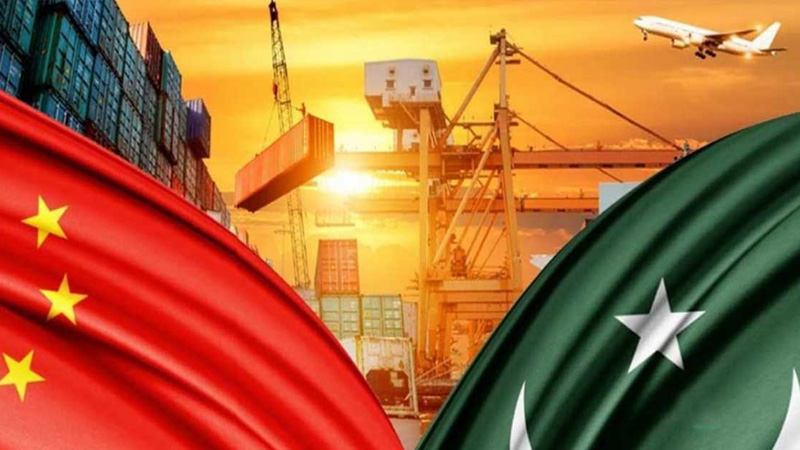 Governor Balochistan Amanullah Khan Yasinzai on Tuesday said the completion of China-Pakistan Economic Corridor (CPEC) project would not only end economic stagnation in the world but also make the entire region a hub of economic and trade activities.

He stressed for speeding up the work in the Bostan Industrial Zone (BIZ) so that local traders and industrialists could take full advantage of the investment opportunities available here.

Governor expressed these views while talking to a delegation led by Vice President of Chamber of Commerce and Industry Akhtar Kakar at Governor House Quetta here. During the meeting, they discussed economic developments in the region, new possibilities for cross-border trade with neighboring countries and making full use of the facilities provided by the government.

The governor said that in view of mega CPEC project, we have to focus on teaching our new generation modern artistic and technical skills saying that in this regard, it is imperative that the government, taking into account the present and future needs, take all necessary steps for the full functioning of all technical institutes in the province and formulate a comprehensive strategy for the establishment of new centers for teaching modern skills. He said traders and industrialists have a key role to play their responsibilities for promoting economic activities in the country and the province adding the purpose of taking practical measures was to provide vast employment opportunities to the people and stabilizing the national economic system.

The delegation apprised the Governor of Balochistan of the problems faced by the traders of the province in terms of import and export, early completion of Bostan Industrial Zone, Agriculture Income Tax, bank loans and border trade.

Assuring his full support, Governor Yasinzai said that we are aware of the problems and difficulties faced by traders across the province. The closure of business and commercial centers due to the deadly coronavirus has severely affected all walks of life, especially the business community, but the government is taking serious steps to revive all trade and business activities and economic stability, he added.

The research on household debts and indebtedness in Pakistan could play critical role in envisaging evidence-based policies and decision-making. The experts from financial and economic sectors said this while sharing their views with the participants of the webinar and launch of study ‘Household debt and indebtedness in Pakistan: estimates and implications,’ organized by the Sustainable Development Policy Institute (SDPI), here Tuesday.

Macroeconomist and former Economic Policy Advisor Federal SDGs Unit Planning Commission, Dr Ali Kemal, while commenting on the study, said that repaying debt in Pakistan has always been a pertinent issue. He highlighted that higher incidence of borrowing in Khyber Pak htunkhwa that is indicated in the report may suggest a better social capital in the province. He added further that in view of the relation between poverty and indebtedness in the country, a detailed based study on the issue is the need of hour for evidence-based policies.

While presenting the findings of his study, he informed the audience that one fifth of household in Pakistan were in debt in 2018-19. He added further that in Khyber Pakhtunkhwa, more than half population was under debt. The poorest 20% of society borrow 2.45 times more than richest 20%. He suggested that BISP, particularly EHSAAS programme, must design targeted interventions for poorest households who are trapped in debt. The annual size of household debt in P akistan over the last 20 years has increased more than nine times, from Rs. 62 billion in 1988 to Rs. 601 billion in 2018, he added.

“The total stock of household debt in 2018-19 was Rs. 1162 billion,” Dr Amin while explaining that about 85% to 95% of it was borrowed from informal sector. He suggested that SBP must integrate data on household indebtedness into its database and that financial inclusion strategy of the bank must introduce debt literacy to promote responsible borrowing. Besides, he said, the impact of informal borrowing on effectiveness of m onetary policy, inequality and poverty needs to be explored in Pakistan.

Fida Hussain, Additional Director, Monetary Policy Department SBP, termed the study as a first in-depth research on household debt and indebtedness in country. He said that the study will help the policy makers to cater all these aspects of the household debt and particularly indebtedness. The digitization of the financial services, he said, will provide an opportunity to expand and enhance the financial inclusion of the people.

Dr Vaqar Ahmed, Joint Executive Director, SDPI, while moderating the session, viewed that the main aim of discussion around the topic was to educate people about this emerging issue related to the household debt and indebtedness. Dr Fareeha Armughan, Associate Research Fellow SDPI, on the occasion emphasized that in rural segment the social, psychological, and religious factors are some of the impediments to the borrowing from formal channel and encourages the informal channels of borrowing.