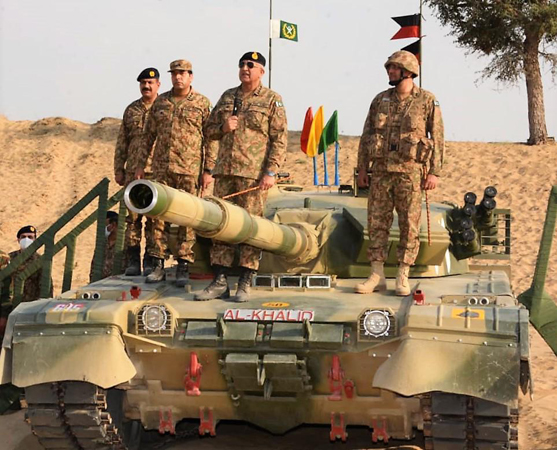 Chief of Army Staff (COAS) General Qamar Javed Bajwa Monday said vigorous training and highest standard of preparedness in peacetime were the only guarantors of peace.

The COAS witnessed ongoing training exercise wherein the operational capability of field formations operating in desert is being tested in near battlefield environment. The training exercise Jidar Ul Hadeed involved integrated maneuvers of infantry and mechanized forces in a defensive role.

On arrival in the field area, COAS was given detailed briefing by exercise commander on the aim and objectives of ongoing exercise and drills/procedures being practiced to ensure complete dominance of the battlefield.

The troops have been undergoing this exercise under strenuous field conditions for over two weeks which would culminate on 28 Feb. While lauding the standard of training of participating troops,

The COAS expressed his complete satisfaction over operational preparedness and combat readiness of the formation.