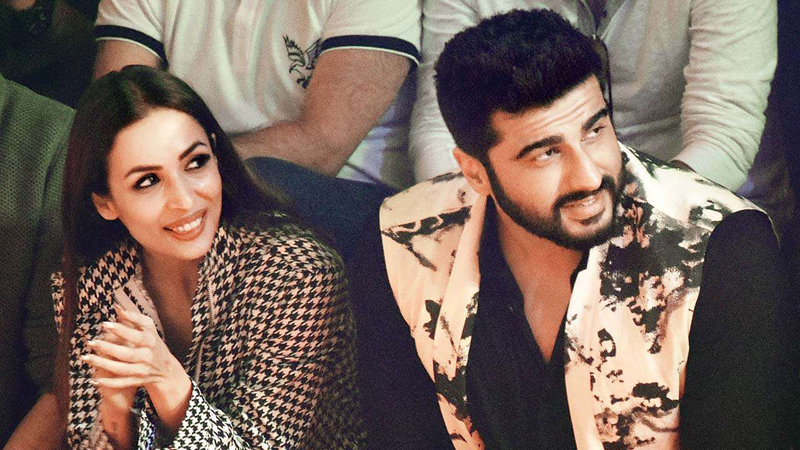 Lovebirds Arjun Kapoor and Malaika Arora have been quite vocal about their relationship and the couple’s social media pages often see them sharing pictures and professing their love for each other.

On Sunday, it came as no surprise when the Bollywood actor and Malaika set up a grand romantic date for Valentine’s Day. As seen on Arjun and Malaika’s Instagram stories, the celebration had beautiful decor with roses, candles, strawberries and chocolates and a cosy canopy decorated with lights. Arjun took aesthetic pictures of his lady love with the caption, ‘Jardin d’amour’ meaning ‘garden of love’.

Malaika Arora also took to her Instagram to post glimpses of her Valentine’s Day date with Arjun. Take a look at their pictures from their romantic Valentine’s Day.

The couple has been dating for a while now but made their relationship official on Arjun’s birthday in 2019 when they flew to the US for a vacation and later posted intimate pictures on their social media. Previously, Malaika Arora was married to actor Arbaaz Khan with whom she shares a son Arhaan Khan. They were together for 18 years until their divorce in 2017.

On the work front, Malaika Arora was last seen as a judge on the reality show India’s Best Dancer along with Geeta Kapoor and Terence Lewis. On the other hand, Arjun Kapoor is awaiting the release of his films ‘Sandeep Aur Pinky Faraar’ co-starring Parineeti Chopra, and Kaashvie Nair’s ‘Sardar and Grandson’ co-starring Rakul Preet Singh. He is also shooting for the comedy-horror film ‘Bhoot Police’ co-starring Saif Ali Khan, Jacqueline Fernandez and Yami Gautam and is expected to start shooting for Mohit Suri’s ‘Ek Villain’ Returns soon.