Even with Biden stimulus, US minority entrepreneurs fear for survival 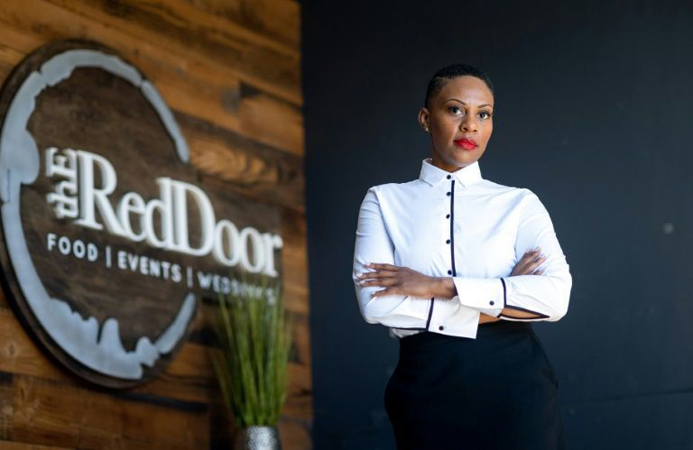 For the past 11 months, Reign Free has done everything she can think of to keep her catering company open after the pandemic hit — a fight shared by many Black-owned businesses across the United States.

As her business dried up, Free has taken out loans from the US government and other lenders and searched for new opportunities, but she wonders how much longer Red Door Catering in Oakland, California can survive the slump. “We’re getting crumbs and it’s not enough. We’re still having hope, and still trying to stay afloat, but really we’re getting deeper and deeper into the hole,” she told AFP.

Racial minorities have borne the brunt of the Covid-19 pandemic in the United States, with higher rates of death, unemployment and business failure, and less success obtaining federal government assistance intended to provide relief.

President Joe Biden has argued his proposed $1.9 trillion spending package will both pay for an aggressive vaccine campaign to end the virus that has strangled business, while also addressing the longstanding racial inequities that have worsened during the pandemic.

“It is a great effort,” Cathy Adams, president and CEO of the Oakland African American Chamber of Commerce, said of Biden’s plan. The chamber’s members have managed to avoid closure, but only with considerable struggle, and Adams fears for their future. “This right here has hit us so hard,” she said.

The world’s largest Covid-19 outbreak has exacted an awful toll on the United States, killing more than 480,000 people and leading to mass layoffs, with 20.4 million people unemployed as of January, according to Labor Department data.

But it has been a starkly unequal experience. The unemployment rate was at 5.7 percent for white Americans last month but 9.2 percent for African Americans and 8.6 percent for Hispanics, the Labor Department said.

Government data also shows both groups have higher death rates from the disease than whites, and their businesses are similarly imperiled.

An August study from the New York Federal Reserve said Black-owned small businesses failed at a rate two times above the national average.

Congress has funded two rounds of the Paycheck Protection Program (PPP), which offers loans and grants to small businesses and was created last March as part of the $2.2 trillion CARES Act. But in the most populous state of California, Black and Hispanic neighborhoods have received less PPP money than white and Asian neighborhoods, and the program supported fewer jobs per resident, according to a study from the University of California, Los Angeles.

Rodrigo Dominguez-Villegas, a co-author of the study, said minority-owned businesses tended not to have relationships with banks or lacked experience with such massive government programs, meaning by the time they applied for the PPP, the funds were depleted. “All those things combined meant that minority-owned businesses had less access to the loans, and it ended up being a program that has the potential to increase racial inequities that were already there before,” he said in an interview.