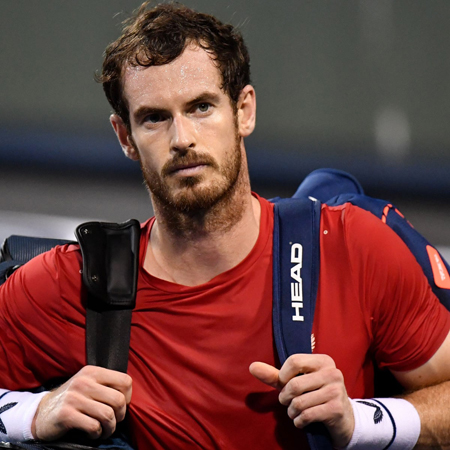 BEILLA: Andy Murray was unable to win a first trophy since 2019 after being soundly beaten by Illya Marchenko in the final of the ATP Challenger in Biella, Italy. Murray, 33, never established a footing and was broken twice in the opening set as Ukraine’s Marchenko fired a forehand winner to take a 4-1 lead. He closed out the set 6-2 and broke again in the opening game of set two. Murray did not earn a single break point and while he saved match point twice, Marchenko sealed a 6-2 6-4 win. The world number 212 thoroughly deserved his win over Murray, ranked 87 places higher. Scotland’s Murray last won an event at the European Open in Antwerp in 2019 but he played only seven competitive matches in 2020 because of injury and the disruption caused by the coronavirus pandemic. This tournament was his first since October and appearing in the second-tier Challenger Tour is a means for Murray to prepare for future events given he lost his place in the Australian Open following a positive Covid-19 test. Murray had not won on the Challenger Tour since 2005.