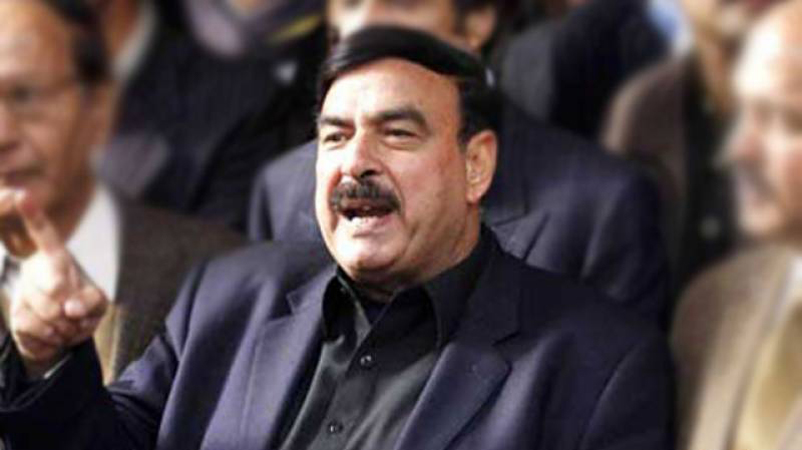 Interior minister Sheikh Rashid Sunday said that lawmakers who intend to ‘sell’ their seats in Senate can do so regardless of the voting process being secret or open.

“Those who get their seats sold are destroyed by the same ill practice,” Rashid said, while commenting on the planned March 3 elections. “No hell will break loose if a party loses one or two votes in the polls,” he told a ceremony here, adding that there has been much media hype regarding the Senate elections in March.

Sh Rashid said that whether the elections were held through secret voting or open ballot, “bikne wale bikte hain (those who are ready to be bought will sell their votes)”, adding that there was no place in the country for those who sold their votes or spewed nonsense.

Talking about the Pakistan Democratic Movement’s (PDM) long march to Islamabad on February 26, the interior minister said they would be ‘welcomed’ if they followed the law and the Constitution. “I want to tell the whole PDM that if you [remain] within the limits during the long march here, there will be no problem, no obstacle. If you want to come to Islamabad while remaining within the limits of the law, come 10 times because you will have to return. You do not have the strength.”

Referring to the PTI’s 126-day long sit-in in 2014, he termed it “the most difficult thing I have done in my life”. He advised the PDM to review its decisions. “It isn’t easy to stage a sit-in,” he said, adding, “We hold the experience of staging a sit-in for 126 days.”

In an apparent warning to the opposition, Rashid said that if the PDM came to Islamabad but did not remain within the limits of the law and the constitution, then ‘Islamabad will be Islamabad [and] do not say you were not told’. “Asif Zardari and Bilawal understand what I am advising; the opposition will eventually have to agree to the PPP’s stance,” he maintained.

Last week, Islamabad police had fired over a 1,000 tear gas shells at the protesters to disperse them. The protesters, who were government employees, were demanding an increase in their salaries in accordance with the prevailing inflation.

Sh Rashid said that the ‘real problem’ is not the tear gas shelling but the pay raise that ‘amounts to billions of rupees in this time of inflation and is a burden on the treasury’.

The minister said that Islamabad is not a city of thugs, adding that 30 out of 33 checkposts have been abolished from the federal capital while the remaining three will be removed soon.

He said the country has overcome to some extent the coronavirus pandemic. He gave credit for bringing the situation under control to Prime Minister Imran Khan and the Pakistan Army, who he said had done ‘jihad’ against Covid-19. He said that four soldiers who were martyred in a terrorist attack on an army check post in South Waziristan on Thursday night gave their lives for Pakistan. “People who utter bad words against Pak Army should have their tongues pulled out,” he added. “India knows that if it comes to Pakistan’s borders, 200 million people will defend homeland and it would also be a matter of pride to give their lives.”

Sh Rashid said that media is completely free in Pakistan, adding “I challenge that the world’s strongest electronic media is not in Britain and the United States but in Pakistan.” Under the prudent policies of Prime Minister Imran Khan, the economy of country is developing, he added.