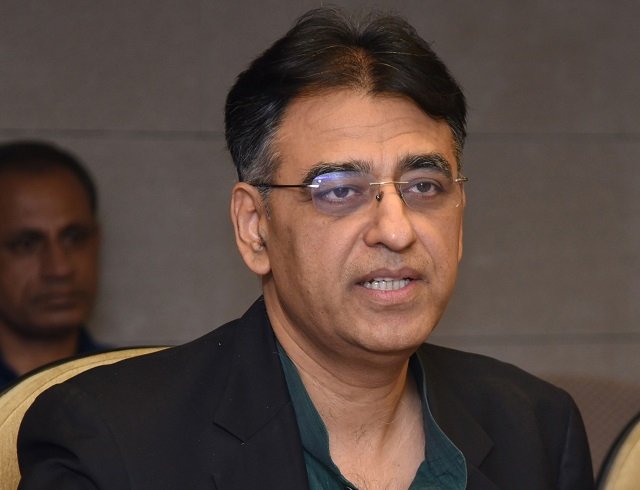 Addressing a ceremony held at Governor House to hand over 52 fire tenders to Karachi Metropolitan Municipality (KMC), Governor Ismail said that all over the world the mayor is called the father of the city and in Pakistan he is ‘pitied, neither having any power nor money’. He said that Solid Waste Management Board has ‘failed miserably’ to collect garbage in Karachi.

Addressing the gathering, Federal Minister for Planning, Development and Special Initiatives Asad Umar said that the provincial government has ‘not given back the management of civic bodies as it should’. He said that the federation is working beyond its responsibility to give Karachi its due rights. He said that the prime minister has insisted that the promises made to the people of Karachi be fulfilled as soon as possible.

The minister said Karachi is the city which provides many resources to the rest of the country but “it has not been given its rights.” “The Centre has stepped forward and is trying to address Karachi’s legitimate complaints and grievances,” he said, adding that Governor Ismail and Prime Minister Imran Khan have themselves taken personal interest in these operations. “He (prime minister) calls meetings, demands timelines and pressures all of us that we live up to the expectations of the people of Karachi for development projects.”

The federal minister also gave updates on the progress of projects associated with the Karachi Transformation Plan, saying that a meeting had been called for a revised schedule of the Greater Karachi Water Supply Scheme (K-IV project) since the timeline given for October 2023 was not accepted. He added that a consultant had been appointed for the Karachi Circular Railway and there was similar swiftness in removing encroachments from stormwater drains as well. With regards the Green Line Bus Rapid Transit System (BRTS), Umar said that work had started on the prototype for a bus which “will be completed by next month (March)”. “We hope to start delivery of buses in the month of June,” said Umar, adding that the target was to have the Green Line operational by the months of July and August. “For the first time in the history of Karachi and Pakistan, there will be a modern transport system running in this city.”

He said bidding for the intelligent transportation system package – the computerised system responsible for running and coordinating the bus service – had also opened on February 11 and it would be awarded soon.

The Green Line was first announced in 2014 under the previous PML-N government and formally inaugurated in 2016 by former prime minister Nawaz Sharif, who at the time had said “it will be more beautiful than the Lahore metro bus.”

Components of the project include 22 bus stations, escalators and elevators, a bus depot at Surjani Town and a command and control centre in Saddar. The project was expected to be complete by December 2017 but was then delayed to April 2018. The project has been hit by repeated delays, while the Supreme Court expressed its resentment over the inordinate delays in completion of transport-related projects in Karachi in March 2020.