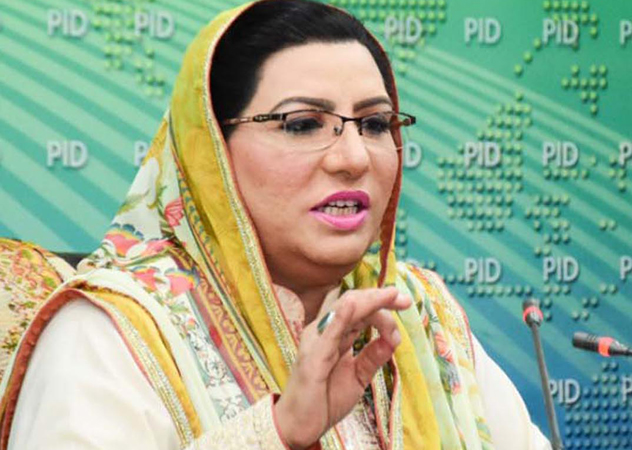 Special Assistant to Chief Minister on Information Dr Firdous Ashiq Awan has said that the incumbent government considers inflation as an important issue and is bringing an alternative system of market committees to resolve it.

Talking to media persons on Sunday, Firdous said that a modern digitalised system is being introduced to monitor supply and demand in the province and to check illegal profiteering and hoarding.

Dr. Firdous said the old system used to benefit only a few and a handful of people have not only exploited the farmers but also harmed the people, therefore, the PTI government is introducing an alternative system of market committees which will help control price-hike and inflation.

She said that Chief Minister Usman Buzdar is working for the development of backward districts, adding that the development projects are being completed keeping in view the needs of the backward areas of South Punjab. SHe said the government is promoting tourism to highlight the culture and soft image of Pakistan to the entire world. The successful holding of jeep rally in Cholistan will promote cultural and economic activities and will start a new era of progress and prosperity in the region, she said.

She said the inauguration of a double-decker tourist bus in Bahawalpur is an important step towards the promotion of tourism in the region. She said that Chief Minister Usman Buzdar is determined for the composite development of the province and has extended the scope of development even to the deserts of Cholistan.

She said the Pakistan Democratic Movement (PDM) is against the effective people-friendly policies of the Prime Minister. The PDM is a team corrupt of political players whose original captain is retired hurt in London whereas the coach is unfit and sitting in Larkana, she alleged. The PDM team is unaware that Imran Khan has won the toss and it is the captain who decides whether to bat or field first, she added.

The special assistant said that Pakistan Muslim League-Nawaz (PML-N) claims to have millions of voters but was confined to only one street in Daska during the public meeting on Saturday last. Dr Firdous Ashiq said that the people of Daska have rejected the narrative of fake princess and conveyed her message that Daska is not the bastion of her father where she can reign.

She said that PML-N Vice President Maryam Nawaz, once again, criticised the state institutions and targeted the elected Prime Minister for her nefarious intentions. She said that PDM is an alliance of corrupt politicians who are making hue and cry only to save their looted money. Those who tried to buy the conscience of the nation with money will eventually fail and PTI will win the by-election in Daska and Wazirabad constituencies, she claimed.

The reason behind disappointment on Maryam’s face is the expiry of passport of Nawaz Sharif and the UK government will decide the matter according to its own law, concluded the SACM.