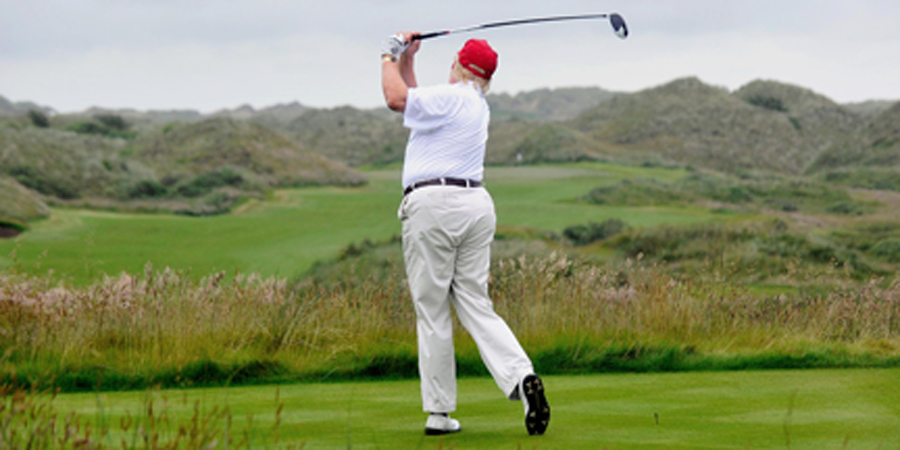 LAHORE: As the esteemed 3rd Chairman WAPDA Amateur Golf Tournament moves into the final stage at the par 72, Lahore Gymkhana Club Golf Course, Ahmed Zafar Hayat of Lahore Gymkhana continues to show ascendancy over his triumph seeking combatants and yearns to impede them from making any kind of impact on his yearning to end up as the prominent one in this tournament. With an 18 holes score of gross 77 on Saturday and a score of gross 33 in the fog impaired nine holes on Friday, when the 18 holes were reduced to nine because of a late start, he has compiled an aggregate score of 110. And though the aggregate is not too spirited, his standing on the leaderboard is noteworthy and significant and the likelihood is that through immaculate play in the final day on Sunday, he could end up the tournament in glory .From the competitive angle ,his nearest challenger still remains the number one ranked golf amateur of Pakistan Umer Khoker of Rawalpindi along with two other aspirants –– M Nasir Irshad, a proficient playing mate of his club and the highly recognised teenager Damil Ataullah from Garrison Golf Club.

Umer, Nasir and Damil are golfers of prowess and competence and are bracketed at an aggregate score of 111, just one stroke behind the leader Zafar. Another prominent one in the run for ultimate triumph in the tournament is the defending champion Qasim Ali Khan and he lies at a score of gross 112, the stroke advantage enjoyed by those ahead of him is not too formidable. His appetite for peaking at the right time is well known and the four premier competing participants placed at first and second positions have to worry about his capabilities on the final day. Other seasoned contenders with reasonable scores are Hussain Hamid (Royal Palm), Muhammad Shoaib, Nauman Asghar, Salman Jehangir and M Arsalan, all from Lahore Gymkhana. In the amateur net category, the assertive one is M Nasir of Lahore Gymkhana. His effort in the round on Saturday was remarkable and a net 67 added to his nine hole 34 on Friday gives him an aggregate net score of 101 and his performance stands graded as admirable. Following him at net 106 is Farhan Khan and Muhammad Abid and Ghulam Haider at net 107. The tournament will conclude on Sunday (today).