* Thirty years almost to the day since the release of 'The Silence of the Lambs,' CBS is taking us back into Harris's dimly
lit universe yet this time, focus is on the sharp-witted FBI agent 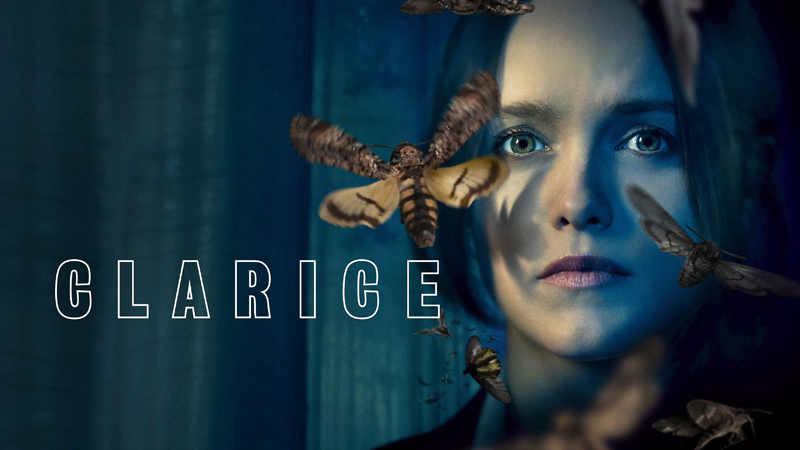 After Clarice’s lambs were silenced back in 1991, the years since Jonathan Demme’s landmark thriller have given us nothing but noise within the world of Hannibal.

The bad doctor’s creator, Thomas Harris, published two more books which were soon turned into movies along with another adaptation of his pre-Silence novel, followed by a three-season NBC series and even a parody musical. The fear of the unknown rapidly became exhaustion at knowing too much, a potency that had been diluted by greed.

Thirty years almost to the day since the release of ‘The Silence of the Lambs,’ CBS is taking us back into Harris’s dimly lit universe yet this time, focus is on the sharp-witted FBI agent over her flesh-eating frenemy in the surprisingly efficient new drama series Clarice. It’s strange that it’s taken this long, the character both more obviously suited to a long-running story and arguably more interesting when examined in detail. Perhaps we’re all still so much in awe of Jodie Foster’s jolting original performance, something so astonishingly well-calibrated, so genuinely perfect, that even an actor as fine as Julianne Moore couldn’t come close

Expecting the Home and Away turned Pretty Little Liars star Rebecca Breeds to top Foster’s Oscar-winning turn is therefore unfair at best and cruel at worst but it’s a valiant attempt, the actor showing enough of a confident command to suck us into the most tired of TV sub-genres: the network procedural. The action takes place a year after the events of Silence, as Clarice tries to move past the horrifying showdown at Buffalo Bill’s house, a resolution of sorts but one that lingers, a nightmare she still can’t wake up from. Clarice has an unusual brand of PTSD that a clumsy FBI shrink can’t help her shake and it’s about to be exacerbated when she’s called upon by an old friend for help.

Expecting the ‘Home & Away’ turned ‘Pretty Little Liars’ star Rebecca Breeds to top Foster’s Oscar-winning turn is therefore unfair at best and cruel at worst but it’s a valiant attempt, the actor showing enough of a confident command to suck us into the most tired of TV sub-genres: the network procedural

Nope, not that old friend but rather attorney general Ruth Martin, whose daughter Clarice saved from a skinning. What starts out as a one-time favour, insisted upon as a form of emotional blackmail, soon turns into something more long-term as Clarice finds herself pulled back into the fray, her deteriorating mental state be damned.

After an introductory scene that’s almost sunk by a clunky overload of information, Clarice settles quite quickly into its groove. From the three episodes available, it appears to be a combination of a case-a-week procedural and an ongoing investigation, a familiar enough formula but one crafted with a sort of metatextual awareness. Probably the worst thing to come out of the success of Silence is the churn of poorly retraced copycats, especially on the small screen, an endless parade of tortured agents, devious killers and violated women. The creators of Clarice, the blockbuster scribe Alex Kurtzman and Rachel Getting Married writer Jenny Lumet, arrive with a keen awareness of how exploitative and misogynistic the sub-genre can be and so their show is something of a corrective to what we’ve come to expect. The fetishisation of dead, mostly naked women, is tackled head-on in the pilot episode with the loss of three victims given an unusual gravity and the final scene, where Clarice insists on remembering them over publicising the killer, acting as a hopeful mission statement of what’s to come: this ain’t your standard network thriller.

There’s also a constant reminder of the depressing grind that can come with being a woman in a male-dominated workplace, something that Harris always attached to his depictions of Clarice, vulturous men waiting impatiently for her to fall apart, using gender to dismiss her emotional intelligence, forever ignoring her astute instincts. Like Foster before her, Breeds is required to carefully oscillate between a fragile vulnerability and a forceful strength of self, knowing that she must work twice as hard to be respected. It’s an accomplished, anchoring performance, a difficult tightrope to walk and despite a distracting overreliance on flashback imagery, there’s enough sensitive characterisation here to keep us engaged in her journey, elevating her above the standard troubled protagonist archetype. It’s a stylishly made network show and despite the subject matter, Lumet and Kurtzman avoid an overly oppressive tone, something that drowned so many adjacent shows and films post-Silence, confusing darkness for depth.

Whether the intriguing moving parts of the first three episodes will take us somewhere worthwhile is still a mystery but Lumet and Kurtzman deserve credit for making an unnecessary addition to an overpopulated universe seem vital, at least for now. Clarice is not going to rival the film that spawned it but on its own, low-stakes terms, it’s a damn sight better than expected, a show born from Silence that warrants plenty of conversation.