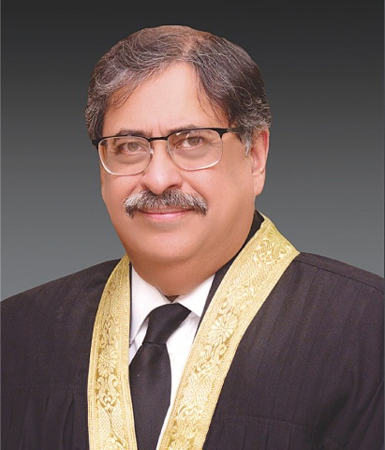 Accepting a proposal of police to form a joint investigation team (JIT) to probe the arrest and harassment of lawyers following an attack on the Islamabad High Court, Chief Justice IHC Athar Minallah remarked that the JIT should be formed and it should arrest the lawyers involved in the attack.

“No one is above law, nor will the attack on the high court incident be ignored at any cost,” Chief Justice Minallah observed while hearing the case.

He said the presidents of the Islamabad District Bar and the Islamabad High Court Bar should identify the lawyers involved in the attack. “You all know who the attackers were. They were all lawyers who had come here, and there was no outsider. I know a majority of them personally. They are all included in proceeding with the march, agitating the lawyers, and in attacking them,” he added.

He further stated that the arrested lawyer can file bail pleas seeking their release in accordance with the law. “Neither the innocent ones should be arrested nor should the accused be spared,” said Justice Minallah underscored.

The court directed the police to independently take actions in accordance with the evidence and the law. “A policeman cannot illegally harass a person or his family. The innocent ones should approach for relief as per law,” Justice Minallah maintained.

Earlier on Monday last, scores of lawyers barged into the Islamabad Judicial Complex in protest following the demolition of their chambers a day earlier by the Capital Development Authority (CDA). The protest turned violent as the angry lawyers smashed windows at the Chief Justice Block, chanting slogans outside IHC chief justice’s office. IHC Chief Justice Athar Minallah was reportedly stuck inside his office while the protest continued.

The protesting lawyers also chanted slogans against the IHC CJ, while several protesters also clashed with journalists trying to get footage of the incident.

A heavy contingent of police forces rushed to the high court’s building and closed entrance and exit routes. Deputy Commissioner Islamabad Hamza Shafqaat and DIG Operations Afzal also reached the spot. The entrances of the IHC were later closed and the lawyers and clerks were barred from entering. The service road leading to the court premises was also closed.

The injured persons were given first aid by the rescue officials present on the location.