Taliban tell NATO war in no one interest 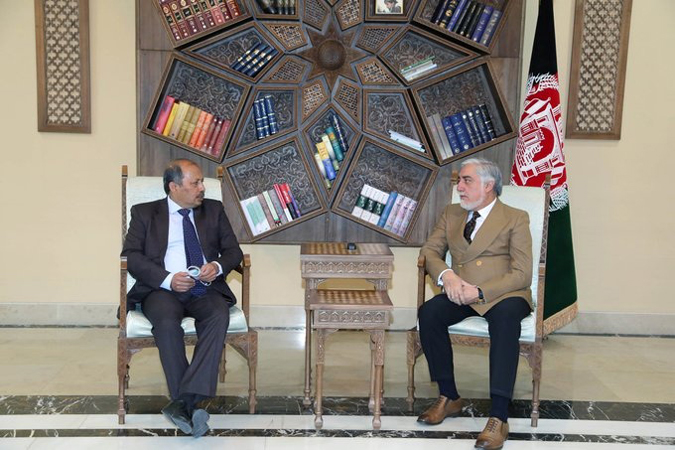 The Taliban on Saturday urged the North Atlantic Treaty Organization (NATO) that the continuation of “occupation” and war is neither in its interest nor in the interest of Afghans.

The Taliban issued the advice to the NATO countries ahead of their defence ministers meeting on Feb. 17-18 that is expected to make a decision about troops in Afghanistan.

The Biden administration has indicated to review the Doha agreement with the Taliban that calls for withdrawal of all troops by May.

NATO officials had stated earlier they had gone to Afghanistan together with the US and will leave with the American forces. The US and its NATO allies accuse the Taliban of not meeting their commitments under the Doha agreement. The Taliban reject the allegations.

“Our message to the upcoming NATO ministerial meeting is that the continuation of occupation and war is neither in your interest nor in the interest of your and our people,” the Taliban said.

“Anyone seeking extension of wars and occupation will be held liable for it just like the previous two decades,” a Taliban statement said, adding all must avoid misjudging the situation or falling for the trappings of warmongering circles.

This is the Taliban’s first formal reaction to the statements by senior US officials regarding a review of the Doha agreement signed in February last year.

The US blames the Taliban for rise in violence despite the agreement at a time when there is no progress in intra-Afghan negotiations.

But the Taliban said the American side attests that no foreign trooper has been killed over the past 12 months in Afghanistan, “showcasing firm commitment” of the Taliban to the agreement.

“In a similar fashion and in line with the text of the deal, no entity has taken any steps against the United States of America and its allies from the soil of Afghanistan nor is anyone allowed to do so, and as per the accord, intra-Afghan talks were launched and ceasefire made a topic of the agenda,” according to the statement.

Afghan officials said on Saturday that a motor bomb hit a police center in Kandahar, causing casualties. Kandahar is one of the areas under the Taliban’s influence. Also three people were killed near Jalalabad in a roadside bomb blast.

The Taliban said they have “significantly decreased the level of operations,” and in breaking with past practice, no annual spring offensive was announced or launched the previous year.

The statement said the Doha agreement signed after eighteen months of intricate and hard negotiations is the sole political roadmap out of the ongoing US-Afghan conflict that no one should treat lightly, adding the Taliban are “seriously committed” to its implementation, has taken effective steps in this regard, and also wants the other side to stringently implement the accord.

The Taliban claimed that the Afghan forces have launched large scale operations in various provinces and in some cases were even provided with air supported by foreign forces.

Meanwhile, Dr. Abdullah Abdullah, Chairman of the High Council for National Reconciliation while speaking at a meeting with Pakistani ambassador in Kabul Mansoor Ahmad Khan discussed the peace process.

“We exchanged views on peace, talks in Doha, bilateral relations & the role of Pakistan in achieving a lasting peace. HE assured me of PAK’s full support for peace,” Abdullah tweeted.

Mansoor Khan said they had discussions on lasting peace and stability in Afghanistan and strengthening mutual engagement. Look forward to continued interaction.