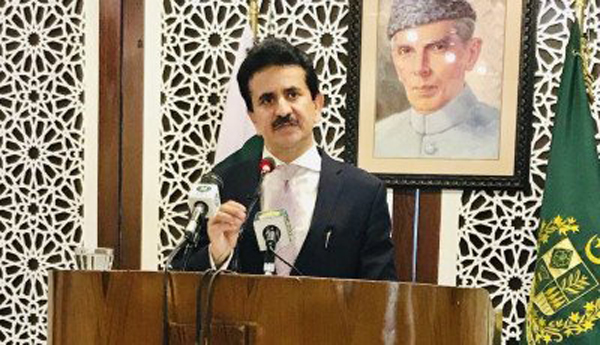 Foreign Office has said that ways and means will be discussed for the development of blue economy under secure and sustainable environment under the 7th edition of multinational maritime exercise Aman-21 that began on Thursday.

The spokesperson said that the Aman-21 is underway and it aims at collectively working against human trafficking, smuggling of narcotics and weapons, and terrorism in the region. He said that the drill will intensify operational drills and manoeuvres countering non-traditional threats.

He said the drill will improve upon joint operations at sea through effective Maritime Domain Awareness (MDA).

He said that significance of the China-Pakistan Economic Corridor (CPEC) and Gwadar port will also be highlighted during the course of exercise. This will help foster shared vision for maritime security in the Indian Ocean.

He said that India’s unwillingness to resolve the longstanding issue of Jammu and Kashmir is the main impediment to bring durable peace in the region. The spokesperson said the entire world acknowledges Kashmir as a disputed region, which should be resolved in light of UN resolutions.

Chaudhri said that international media is exposing Indian atrocities and gross human rights in the occupied valley. He said that irresponsible attitude of India has endangered the peace and security of the region.

He said that Prime Minister Imran Khan will visit Sri Lanka by the end of this month on the invitation of his Sri Lankan counterpart.