Mullazai Tournament communicates the world the message of peace

The first All Pakistan Asmatullah Shaheed Memorial Football Tournament came to an end amid a colorful ceremony at Mullazai as thousands of spectators communicated the world the message of peace and love for sports. 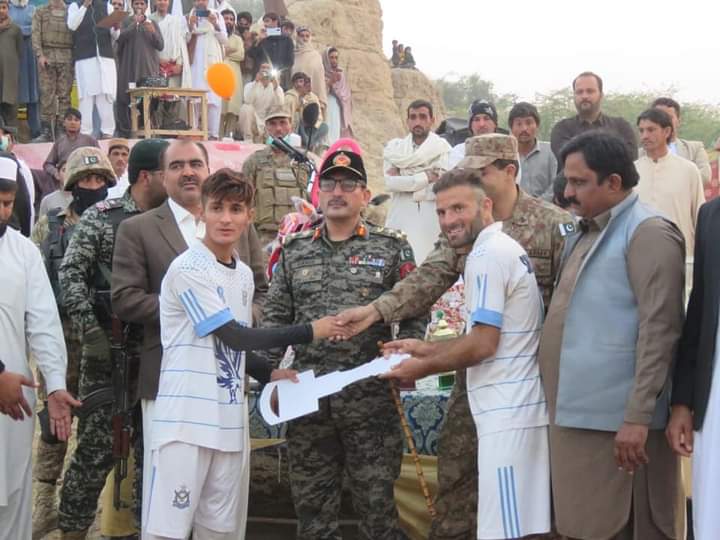 The tournament was organized in one of the remote areas of the district at Mullazai in collaboration of Frontier Corps Sector Headquarter South (SHS) and District Sports Directorate.

As many as forty five renowned football clubs of the country contested in the tournament. The final match was played between Royal Club Mullazai and Danger Tatoor wherein Royal Club won the title by beating the other side by 2-0.
A huge crowd of thousands of lovers of football was witnessed during the final match.
Commander FC SHS graced the final match as chief guest and awarded motorcycle, prizes and trophies to the winner and runner up teams.
District Sports Officer Asif Nawaz Gandapur and Chief Organizer of the tournament Haji Sher Bahadur Marwat applauded the role of Pak-Army and Frontier Corps for restoring peace and promoting sports in the area.