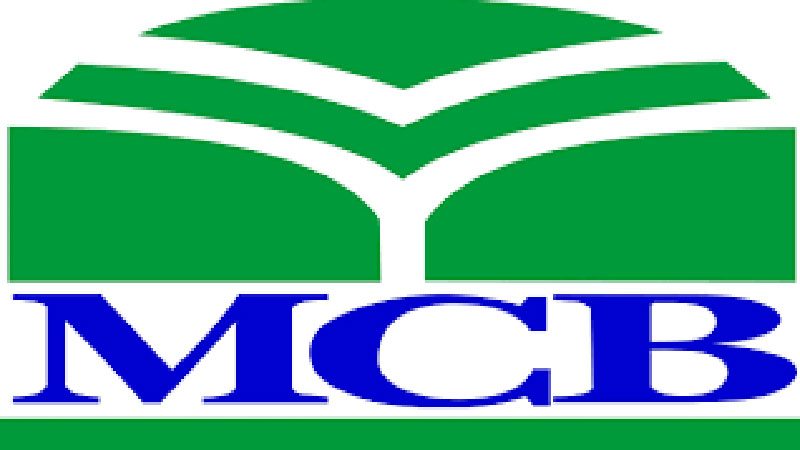 The board of directors of MCB Bank Limited met under the Chairmanship of Mian Mohammad Mansha, on Wednesday to review the performance of the bank and approve the financial statements for the year which ended on December 31, 2020. The Board of Directors declared final cash dividend of Rs 15 per share i.e. 150% bringing the total cash dividend for the year ended 2020 to 200%.

During the year 2020, MCB achieved significant financial growth by focusing on its operational resilience and continuity planning to successfully navigate through the downside risks posed to operating and economic outlook by the COVID-19 outbreak while concurrently playing a central role in supporting Governments’ key pandemic responses for credit extension and provision of essential banking services to the general public.

With strong build up in core earnings, MCB’s Profit After Tax (PAT) for the year ended December 31, 2020, posted a growth of 21% to reach Rs. 29.04 billion; translating into an Earning Per Share (EPS) of Rs. 24.5 against an EPS of Rs. 20.23 posted last year 2019. Sizeable growth in current deposits, timely shift in maturity profiling of investments and favorable re-pricing lag enabled the Bank to increase its net interest income by 20% to Rs. 71.3 billion.

Fee income for the year 2020 was reported less by 3% over last year, primarily due to lower transaction volumes and business activities induced by the lockdowns. However, with their lifting, fee income is normalizing. Amidst evolving yield curve expectations, proactive duration management of the investments portfolio resulted in capital gains of Rs. 3.3 billion during the year under review. Hence, the total non-markup income posted growth of 9% to reach Rs. 18.14 billion.

On the operating expenses side (excluding pension fund reversal), despite sustained inflationary pressures, expansion in branch outreach and continued investment in technological infrastructure together with regular performance and merit adjustments for the Human Capital, the Bank’s strategic focus of balancing short term tactical cost reductions with long term cost initiatives has assisted in containing growth in administrative expenses; in turn registering a decline of Rs. 129 million during the year 2020. Thus the cost to income ratio of the Bank significantly improved to 36.87% from 43.4% reported last year.

In anticipation that customers affected by the pandemic might require provisioning once SBP’s relaxations and waivers expire in 2021, the management has exercised prudence and booked a general provision of Rs. 4.0 billion during the year under review, hence providing insulation and loss absorption capacity against any risks to asset quality.

On the financial position side, the total asset base of the Bank on an unconsolidated basis was reported at Rs. 1.76 trillion depicting an increase of 16% over December 2019. Analysis of the asset mix highlights that net investments increased by Rs. 267 billion (36%) whereas due to subdued domestic demand gross advances decreased by Rs. 26.5 billion (-5%) over December 2019. However, gross advances increased by Rs 19.9 billion in last quarter of 2020.

The Non-performing loan (NPLs) base of the Bank recorded an increase of Rs. 1.77 billion and was reported at Rs. 51.19 billion. The increase was primarily on account of subjective classification by the Bank on prudent basis. The Bank has not taken FSV benefit in calculation of specific provision and has increased its un-encumbered general provision reserve to Rs. 4.57 billion. The coverage and infection ratios of the Bank were reported at 98.87% and 9.97% respectively.

On the liabilities side, the deposit base of the Bank registered an unprecedented increase of Rs. 144.74 billion (+13%) over December 2019, with 15% growth contributed by current accounts, improving the current account mix to 38% and CASA ratio to 92.96%. Return on Assets and Return on Equity was reported at 1.77% and 18.88% respectively, whereas book value per share was reported at Rs. 137.02.

While complying with the regulatory capital requirements, the Bank’s total Capital Adequacy Ratio (CAR) is 20.98% against the requirement of 11.50% (including capital conservation buffer of 1.50% as reduced under the BPRD Circular Letter No. 12 of 2020). Quality of the capital is evident from Bank’s Common Equity Tier-1 (CET1) to total risk weighted assets ratio which comes to 17.03% against the requirement of 6.00%. Bank’s capitalization also resulted in a Leverage Ratio of 7.03% which is well above the regulatory limit of 3.0%. The bank reported Liquidity Coverage Ratio (LCR) of 237.72% and Net Stable Funding Ratio (NSFR) of 174.86% against requirement of 100%.