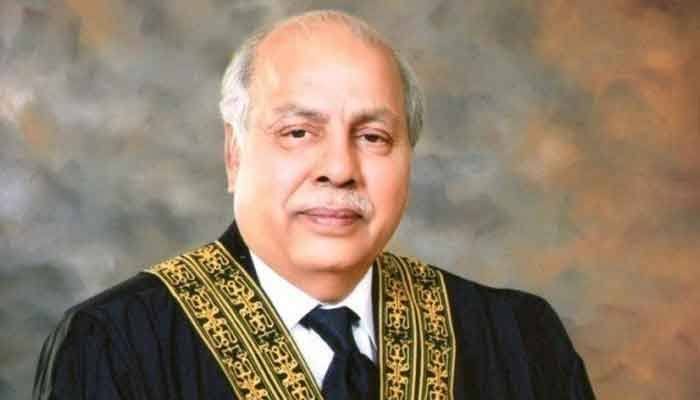 Chief Justice Gulzar Ahmad on Monday issued directives for authorities to start work on rebuilding the shrine of a Hindu saint in Karak which was burned last year by an enraged mob.

Pakistan’s chief justice Gulzar Ahmed, who had taken suo motu notice of the attack, gave the ruling after minority lawmaker Ramesh Kumar briefed him about the temple being vandalised during their meeting in Karachi last week.

The Khyber Pakhtunkhwa government and Auqaf department have been directed to start the work immediately and submit a progress report in two weeks.

The chief justice also observed that the people who vandalised the temple should pay for its restoration. The court has also asked for reports on the number of temples in Pakistan, encroachment on land belonging to the Auqaf department, and the steps taken by the authorities against land grab.

All temples in Pakistan come under the Auqaf department.

Earlier, Muhammad Shoaib Suddle, a former police chief and one-man commission on the rights of minorities at the Supreme Court, submitted a report on the vandalism.

MNA Ramesh Kumar informed the court that Khyber Pakhtunkhwa Chief Minister Mahmood Khan had said that the Karak area was a sensitive area.

“The Hindu community should reconstruct the shrine. The Khyber Pakhtunkhwa government will pay back the cost of reconstructing the shrine,” he said.

The Khyber Pakhtunkhwa advocate general said that as per law, tenders will have to be issued for the reconstruction of the shrine. To this, the chief justice directed authorities to immediately have the shrine rebuilt.