Tobacco control workers demand that the government increase the price of all tobacco products. There are two slabs of cigarette tax. 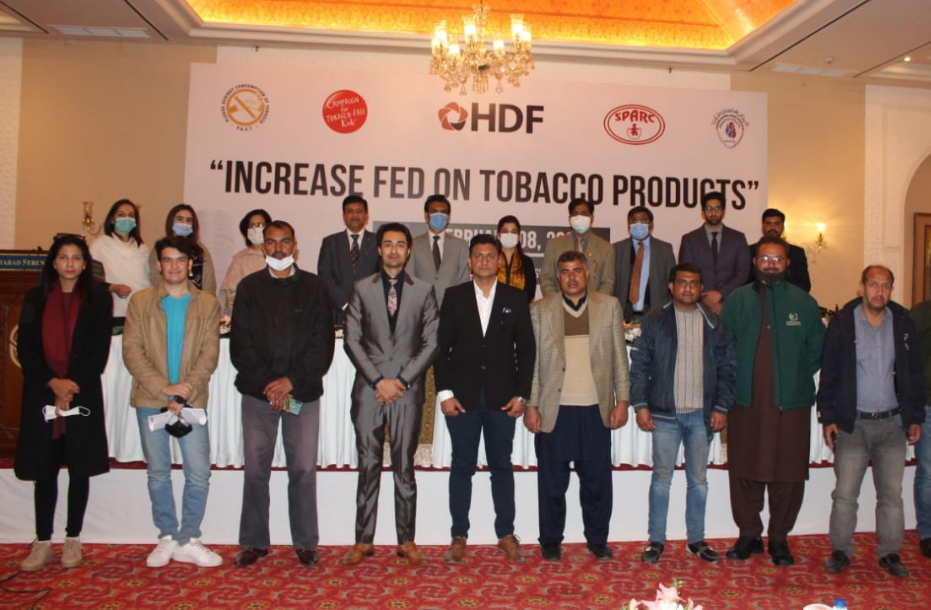 Cigarettes costing less than Rs 90 are taxed at Rs 33 and cigarettes costing more than Rs 90 are taxed at Rs 90. This tax is still lower than the standard set by the World Health Organization’s Tobacco Control Framework Convention, of which Pakistan has been a signatory since 2005. Pakistan has not yet achieved this standard. He called for at least a 30 percent increase in federal excise duty on each slab of cigarettes in order to increase tariffs and reduce tobacco consumption among young people.

Mr. Wasim, Center for Social Policy and Development, said that the excise tax in Pakistan is still below Rs. 90 billion. The FBR achieved this in 2015-2016. Since June 2019, the rate of excise duty on cigarettes has not changed but the price of cigarettes has increased. Excise duty was not the main reason for the increase in cigarette prices in 2019. This was due to the increase in tax prices. ۔ Excessive tax changes in prices serve a dual purpose. This increases the profitability of each industry and the industry uses this price increase to avoid any kind of tax increase in the tax rate for the year 2020. Their results caused a loss of 35 billion and 15 billion. In this context, the government is recommended to increase taxes.

Mr. Abid Salihari, Executive Director, Sustainable Policy Development Institute, said that the government is still facing financial crisis due to the epidemic. He added that the total economic cost of smoking in Pakistan was estimated at Rs 143 billion in 2012. This includes direct costs of health care and costs due to lost productivity. He added that the government needs to increase the existing FED on tobacco products by at least 30% to adjust inflation in the next budget. Doing so will increase revenues for the government that can be included in government health and education programs.

Senator Ayesha Raza Farooq said that according to the World Health Organization, tobacco use is the world’s leading cause of incurable death. The burden of tobacco use is highest in low- and middle-income countries, which have been targeted by the tobacco industry through its deadly products and fraudulent marketing methods. He said raising taxes on tobacco products was an effective step in controlling and reducing consumption. He also expressed support for raising taxes on tobacco products, including FEDs and health levies, which periodically adjusted inflation to make it inaccessible to young people.

Tobacco control activists urge the Prime Minister of Pakistan, Mr. Imran Khan, to raise the issue of tobacco use in Pakistan and increase the FED and health tax on tobacco products to save our youth from this scourge.