Iran’s Khamenei: US must lift sanctions for Tehran to return to nuclear commitments 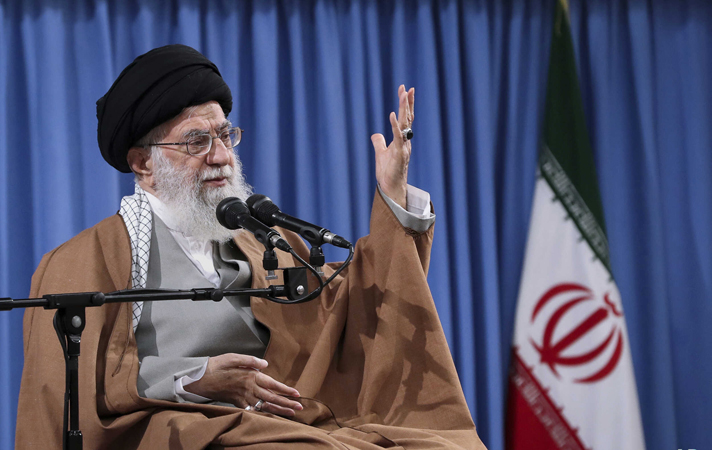 Iran’s Supreme Leader Ayatollah Ali Khamenei said on Sunday that the United States should lift all sanctions if Washington wants Tehran to reverse its nuclear steps. “Iran has fulfilled all its obligations under the 2015 nuclear deal, not the United States and the three European countries … If they want Iran to return to its commitments, the United States must lift all sanctions first,” Khamenei wrote on Twitter. “After verifying whether all sanctions have been lifted, then we will return to full compliance,” he wrote. US President Joe Biden, who took office last month, has said that if Tehran returned to strict compliance with the 2015 nuclear pact, Washington would follow suit and use that as a springboard to a broader agreement that might restrict Iran’s missile development and regional activities. Former US President Donald Trump exited the nuclear accord between Iran and six powers in 2018 and reimposed sanctions on Tehran. Iran has breached the deal in a step-by-step response to Trump’s “maximum pressure” policy, but it has repeatedly said it could quickly reverse those violations if US sanctions are removed.