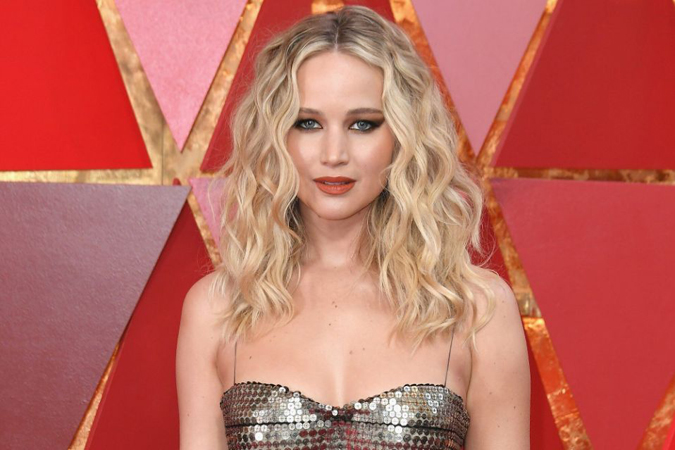 Jennifer Lawrence was injured in an incident on the set of the Netflix film Don’t Look Up early Friday morning, EW has learned. The Adam McKay-directed film was shooting overnight in Brockton, Mass. when the star was hit by flying debris from a special-effects explosion. According to the Boston Globe, Lawrence was hit with fragments after a trash can went through a window before she had left the area, and she was seen holding her face afterward. Filming was halted for the day as a result of her injury. The buzzy film, which McKay also wrote the screenplay for, features a starry cast that also includes Meryl Streep, Timothée Chalamet, Ariana Grande, Leonardo DiCaprio, Cate Blanchett, Jonah Hill, Himesh Patel, Kid Cudi, Matthew Perry, and Tomer Sisley. Not much is known about the plot or premise of Don’t Look Up, but it is said to focus on two low-level astronomers who embark on a media tour to warn mankind of an approaching asteroid that will destroy Earth. Representatives for Lawrence declined to provide further comment.