PML-N claims of victory in defamation case against Daily Mail are ‘lies’: govt 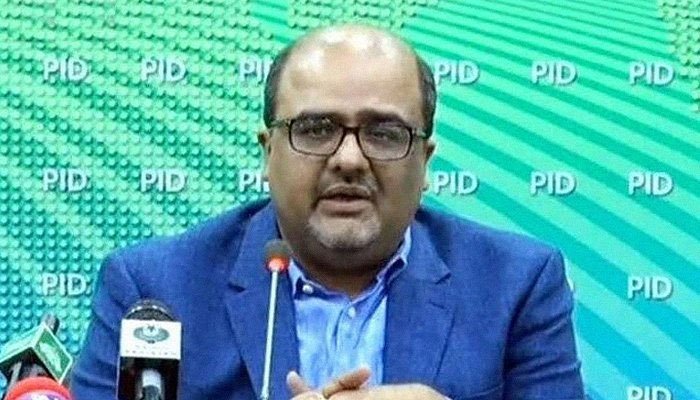 Advisor to the Prime Minister on Accountability and Interior Barrister Shahzad Akbar on Saturday said a British judge in the preliminary hearing of defamation lawsuit against Daily Mail has observed that Shehbaz Sharif and his family are involved in money laundering of billions of rupees.

The London court would set the seal that the Sharifs were corrupt as they would fail to produce any evidence in their favour, Shahzad Akbar said while addressing a press conference here. He also dared the Pakistan Muslim League-Nawaz (PML-N) president to file a libel case against him in London court so that he (Shahzad) could bring fore the evidence of their money laundering.

Brushing aside the impression created by a section of the media that Shehbaz Sharif has won the defamation case against Daily Mail, the advisor said the PML-N leaders are in the habit of distributing sweets without going through courts judgments. He said both Maryams (PML-N Vice President Maryam Nawaz and Secretary Information Maryam Aurangzeb) were ‘habitual liars’. Though the regular hearing of the libel case had not yet started, but they had claimed of winning the lawsuit, he added.

The advisor said it was misreported in the media that Shehbaz has won the case. It was in fact the interpretation of the meaning of words ‘complained of’ in the petition filed by Shehbaz by Justice Matthew Nicklin, who presided over the Queen’s Bench Division. The question of winning the case did not arise at the preliminary stage of hearing, he added.

Journalist David Rose, who accused Shehbaz Sharif and his family of embezzling the funds given by the United Kindom’s Department for International Development (DFID) and then laundering the same to the UK, said in a tweet it was only the first stage of hearing of the defamation suit. The Daily Mail would present the available evidence in the next stage of hearing and then court would take the decision, he added.

Shahzad Akbar said there was dearth of evidence against Shehbaz’s money laundering when he filed the defamation lawsuit last year. However, now dozens of proofs are available as a reference against him had been filed in the accountability court on their basis. The PML-N leader had even been indicted in the Rs 7 billion money laundering case and his bail plea was also rejected by the court, he added.

According to the reference filed by the National Accountability Bureau, Shehbaz had purchased properties worth billions of rupees from the laundered money. His son-in-law Ali Imran had misappropriated Rs 131 million and Rs 499 million respectively in the same case. In same reference, the plea bargain of three co-accused have already been approved, he added.

Shahzad said the uncle of Maryam Safdar (Shehbaz) had laundered money worth billions of rupees. The Supreme Court had already declared her papa (Nawaz Sharif) as ‘dishonest’ in the Panama Papers case, he added.

Responding to a question, he said the government had retrieved 8,085 acres of illegally occupied state land worth Rs 210 billion in reclamation operations against the Qabza mafia in Punjab. The adviser said those who had plundered the national wealth, would be held accountable.