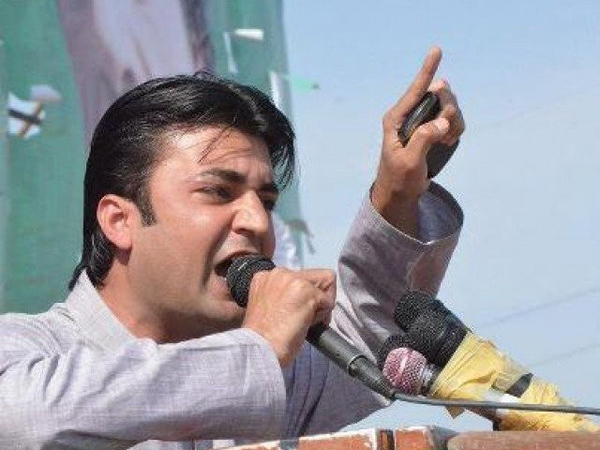 Federal Minister for Communications and Postal Services Murad Saeed on Saturday said opposition parties were not supporting the legislation for Senate elections through open ballot as they wanted to continue the corrupt practices like the past.

Addressing a press conference here, he said the Pakistan Tehreek-e-Insaaf (PTI)government introduced the bill to stop corrupt practices during Senate elections as were being observed in past.

“The opposition parties are opposing the bill as they want to continue corruption and use of money during elections,” he said.

Murad Saeed said the opposition was creating hurdles to ensure transparency in the elections process but at the same time speaking about rigging in elections.

He said the government under the leadership of Prime Minister Imran Khan was committed to end horse-trading and use of money in the Senate elections.

He said former Prime Minister Benazir Bhutto desired to bring transparency in elections process but unfortunately, her political party has overlooked the matter. He said PTI had expelled 20 of its Member of Provincial Assemblies (MPAs) after they were found guilty of taking money in the 2018 senate polls.

The minister said opposition also took a U-turn on the matter of rendering resignations from the assemblies, adding that they have no connection with the masses as their only agenda was to get National Reconciliation Ordinance (NRO).

He said people have rejected the narrative of Pakistan Democratic Movement (PDM), adding that they should return the looted money first after that people might forgive them.

He said that the true face of opposition parties was exposed as their interest was to protect corruption. He said the government would never give National Reconciliation Ordinance (NRO) to the corrupt elements.

While criticizing the statement of Pakistan Peoples Party (PPP) Chairman Bilawal Bhutto, the minister said Bilawal, who became a leader but he never worked for the party as worker or took part in any struggle.

He said Mian Nawaz Sharif used to play cricket at Gymkhana (Lahore) with his own umpire, adding that Nawaz Sharif went abroad for the purpose of medical treatment but did not return yet.

He said masses have rejected the irresponsible politics of the opposition as it was just focused on safeguarding corruption of its leadership.

He said Prime Minister Imran Khan has been working hard for the national interest while the opposition leaders were busy in protecting their corruption only.

The minister said the past rulers used to live in the luxurious PM House, apart from setting up many camp offices for themselves but, they never cared for the homeless people living on the roads under open sky.

On the contrary, he said that Prime Minister Imran Khan had established no camp office and had been residing in his personal house instead of the PM House to reduce expenses and save money for welfare of masses.

The minister said the government did not get blackmailed by them following which they came on roads to save their ill-gotten money and started campaign against state institutions.

“International media also aired documentaries about properties and corruption of Sharifs and Zardari” he said.

Murad Saeed said majority of the PML-N leadership had encroached government lands during their tenure.

The minister thanked the people of Azad Jammu and Kashmir (AJK) for attending PM Imran Khan’s public gathering and rejecting the fake show of 11 parties, adding that people have rejected opposition parties ‘jalsas’ across the country.

Replying a question, he said the incumbent government was paying the loans obtained by the previous governments.

He added that many sectors including construction, textile, export and remittances had showed improvement due to the policies of the government.