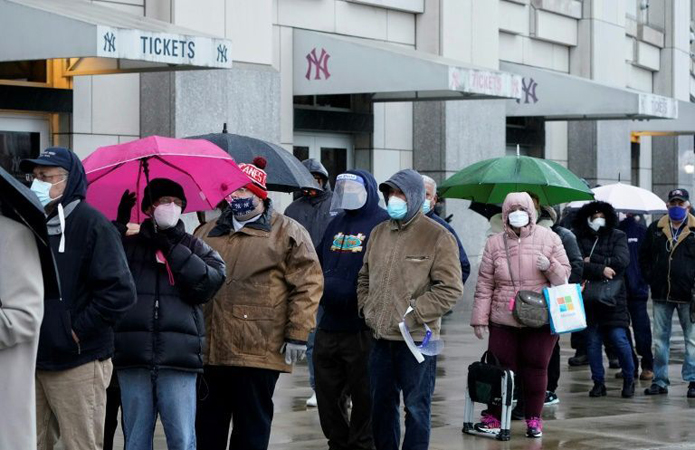 Defying the cold and rain, hundreds of people bundled up in thick coats came to get vaccinated Friday in the famous Yankees baseball stadium in the Bronx, a New York borough that has been particularly badly hit by the coronavirus pandemic.

“It’s like a choice between life and death,” said Ines Figueroa, 64, a Puerto Rican resident of the Bronx, after receiving the shot. Her husband died in January of complications linked to the virus which she too contracted, although without developing any symptoms. The positivity rate in the Bronx is the highest in all of New York’s five boroughs: it was at 6.67 percent Friday, double the rate in the wealthier area of Manhattan, New York governor Andrew Cuomo said. That is why the authorities in this traditionally Democratic bastion of the city decided to reserve the vaccinations on offer at the stadium exclusively for residents of the Bronx.

Since the start of the pandemic last March, the death rate in New York’s Black and Latino communities has been double that of their white counterparts.

That same racial disparity has played out across the United States, where more than 453,000 people have died of the disease. Yet these same minorities have until now received fewer vaccinations than other communities.