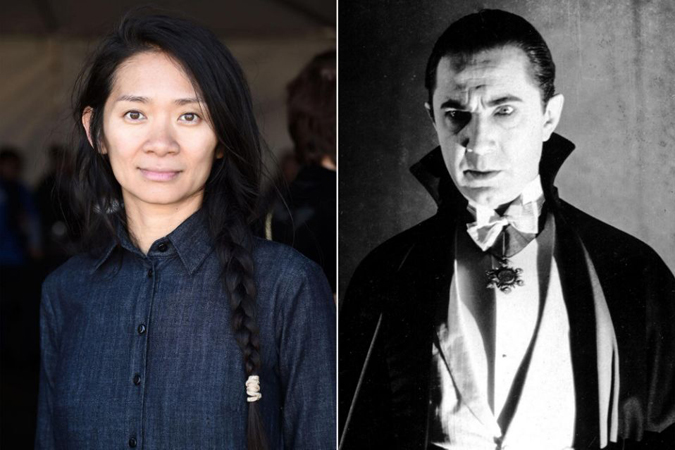 Fresh off her Golden Globe nominations for the indie hit Nomadland, Eternals director Chloé Zhao is adding a Dracula movie to her filmmaking slate, EW has learned.

But this isn’t your grandparents Dracula, folks. Zhao’s take on the material will be a sci-fi Western-inspired movie based on the classic character for Universal Pictures.

“I’ve always been fascinated by vampires and the concept of the Other they embody,” Zhao said in a statement to accompany the news on Thursday. “I’m very excited to work with Donna [Langley], Peter [Cramer], and the team at Universal to reimagine such a beloved character.”

“Chloé’s singular lens shines a light on stories of the overlooked and misunderstood,” Cramer, the president of Universal Pictures, remarked. “We are thrilled to be working with her as she reimagines one of the most iconic outsider characters ever created.” This joins multiple other Dracula-related movies that are currently in the works, but “sci-fi Western” certainly stands out from the crowd. That and the involvement of Zhao, who’s becoming one of the most interesting filmmakers to watch as Nomadland becomes an early darling of awards season and anticipation billows for her upcoming Marvel Studios directing debut on Eternals. Nomadland received multiple Golden Globe nominations this week, including Best Motion Picture — Drama, Best Director, and Best Screenplay.

André Øvredal (Scary Storis to Tell in the Dark) is directing actor Corey Hawkins (Straight Outta Compton) in Last Voyage of The Demeter for Amblin, about the ship that ferried Dracula from Transylvania to London in Bram Stoker’s original novel. Karyn Kusama (Destroyer) is also directing a present-day telling of Dracula for Blumhouse Productions.Zhao’s is the latest move from Universal to pair directors with monsters from its movie library after Leigh Whannell’s The Invisible Man. Separately, Ryan Gosling will star as the titular Wolfman in a film, and Channing Tatum is reuniting with his 21 Jump Street directors Phil Lord and Chris Miller for a “modern day, tongue in cheek thriller.”