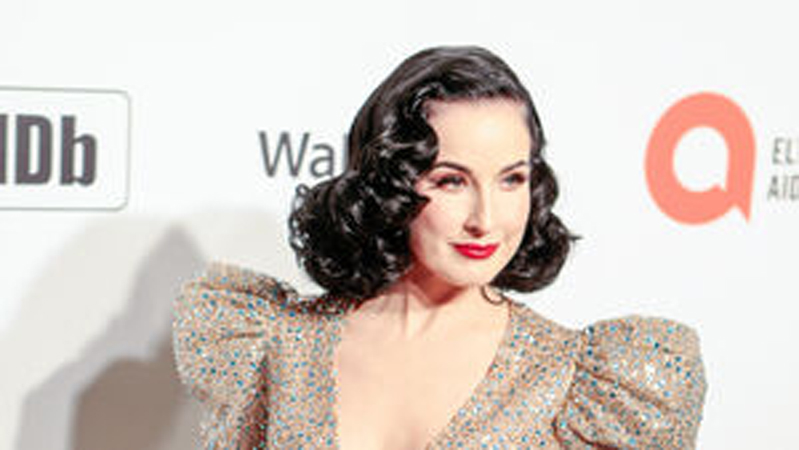 Dita Von Teese has responded to the allegations of abuse made against her ex-husband and rock musician Marilyn Manson.

Westworld and Frozen II star Evan Rachel Wood, 33, publicly named Manson, 52, on Instagram and said he began “grooming” her when she was a teenager and “horrifically abused me for years”.

Manson, who has been dropped by his record label and cut from two TV shows, has described the allegations as “horrible distortions of reality”.

Now burlesque dancer Von Teese, 48, has said that she has been “processing” the allegations.

She wrote on Instagram: “Please know that the details made public do not match my personal experience during our seven years together as a couple.

“Had they, I would not have married him in December 2005.

“I left 12 months later due to infidelity and drug abuse.”

She added: “Abuse of any kind has no place in any relationship.

“I urge those of you who have incurred abuse to take steps to heal and the strength to fully realise yourself.”

Actress Wood was briefly engaged to Manson, whose real name is Brian Warner, in 2010.

After she made the allegations and amid a growing backlash, rock musician Manson responded and said his relationships “have always been entirely consensual”.

In a statement shared on Instagram, he said: “Obviously, my art and my life have long been magnets for controversy, but these recent claims about me are horrible distortions of reality.

“My intimate relationships have always been entirely consensual with like-minded partners. Regardless of how – and why – others are now choosing to misrepresent the past, that is the truth.”

Following Wood’s allegations and those of other women who came forward, Loma Vista Recordings said it was no longer working with Manson.

It said in a statement: “In light of today’s disturbing allegations by Evan Rachel Wood and other women naming Marilyn Manson as their abuser, Loma Vista will cease to further promote his current album, effective immediately.

“Due to these concerning developments, we have also decided not to work with Marilyn Manson on any future projects.”

And US TV network Starz said Manson’s guest appearance in fantasy drama American Gods would be removed from an upcoming episode.

The network said: “Due to the allegations made against Marilyn Manson, we have decided to remove his performance from the remaining episode he is in, scheduled to air later this season. Starz stands unequivocally with all victims and survivors of abuse.”

AMC has pulled an episode of horror anthology series Creepshow that was set to feature Manson, according to Deadline.

Manson’s most recent album released through Loma Vista Recordings was 2020’s We Are Chaos, which reached number seven in the UK charts and eight in the US.

Manson found fame in the 1990s and became known for his distinctive appearance.