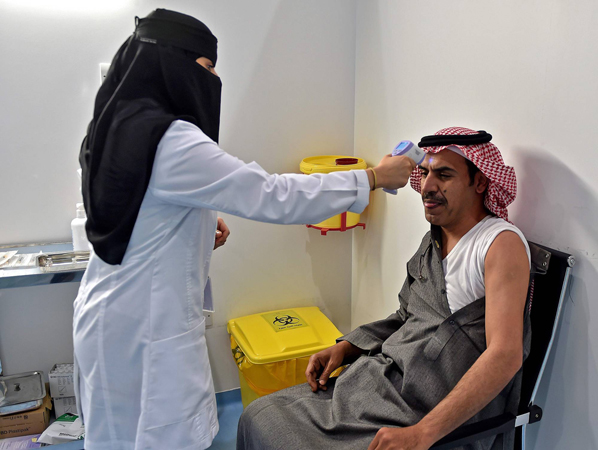 The plight of Indian workers, who make up the kingdom’s biggest expatriate community, underscores the turmoil caused by tightening coronavirus restrictions, as infections surge amid a stumbling vaccination drive.

This week, Saudi Arabia suspended entry from 20 countries — from the neighbouring United Arab Emirates to the United States and Britain — and halted entertainment events, as it doubles down to stem the spread of the virus.

But Indian workers have been hit the hardest by a nearly five-month flight ban they say has upended their lives, dividing families and costing jobs and business contracts.

Saudi Arabia last September barred flights from India, Brazil and Argentina, leaving hundreds of thousands of Indians locked out of the country.

The social media accounts of Indian diplomatic missions in Saudi Arabia have been inundated with angry and desperate messages from workers, with many questioning New Delhi’s decision to export the vaccine before the crisis is resolved.

“India should not offer the vaccine to Saudi Arabia because (the kingdom) has barred Indian flights, jeopardising the livelihoods of hundreds of thousands of workers,” one wrote to the Indian embassy in Riyadh on Twitter.

The sentiment was echoed by a young Indian engineer who has been locked out since he left the kingdom last summer to visit his family in the northern state of Uttar Pradesh.