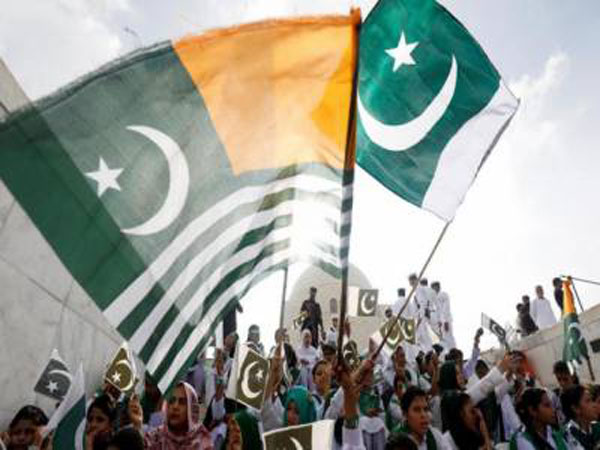 Pakistan observed Kashmir Solidarity Day on Friday with public rallies taken out across the country to express wholehearted support of the Pakistani nation to the just struggle of Kashmiris for their inalienable right to self-determination under United Nations resolutions.

Solidarity walks were arranged in several other cities and the four provincial capitals, whereas human chains were formed at Kohala and other important points linking Pakistan and Azad Kashmir, according to Radio Pakistan.

Talking to reporters during the procession, Qureshi said the media’s role in raising voice for Kashmiris was becoming more important by the day. Addressing the Kashmiris through the media, he assured them of the Pakistani nation’ support in their struggle for self-determination.

“We understand that you are suffering from oppression and facing difficulties,” Qureshi said. “You will be successful because you are with the truth.”

The foreign minister said that India has “always tried to break people’s courage […] but it will fail” in its attempts to oppress the Kashmiris.

Meanwhile, the All Parties Hurriyat Conference and Wariseen-e-Shuhada-e-Jammu and Kashmir — through banners and posters displayed in different areas of the territory — thanked the people, government and political leadership of Pakistan for expressing solidarity with the oppressed people of IIOJK.