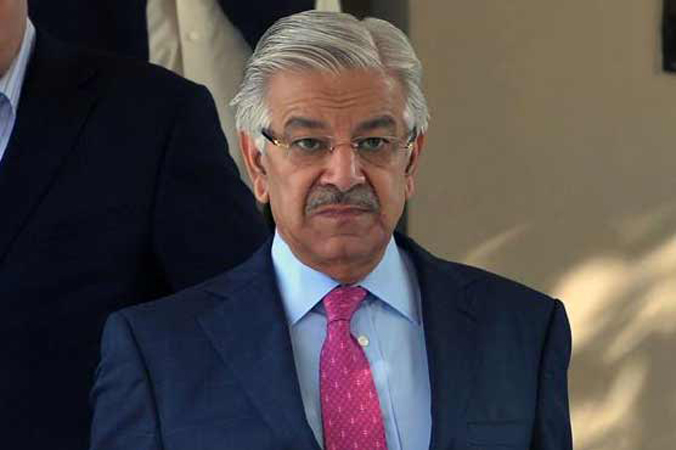 The PML-N leader requested for a special check-up after having some problem with his eyesight. A medical team from Jinnah Hospital examined the former defence minister.

The doctors will issue a detailed report on Saturday about the possibility of the presence of a cataract. Two days ago, the Islamabad High Court had directed Khawaja Asif to try to resolve the issue of his production order in the parliament. A single bench ordered to solve the matter at the forum of parliament first and if unsuccessful then he can approach the court. The court remarked there would be respect for institutions if the courts do not interfere in such cases. IHC Chief Justice Athar Minallah asked do politicians come to court if there is democracy in the country. “This is a political matter and it should be settled in the parliament. The court cannot interfere.”

The IHC chief justice remarked that, in a democracy, it is not common for cases of a political nature to come to the courts. “We have written in our decisions that this court does not interfere in such political matters,” he maintained, adding “You [Khawaja Asif] present a copy of our decision to the Speaker of the National Assembly.”

“Respect for the National Assembly will come only when the courts do not interfere in any matter relating to them,” IHC chief justice said while asserting that if the institution had been respected, this would not be the case today. He further said that the court is not issuing any order at this stage.