Pakistan will continue to extend support to Kashmiris: Buzdar 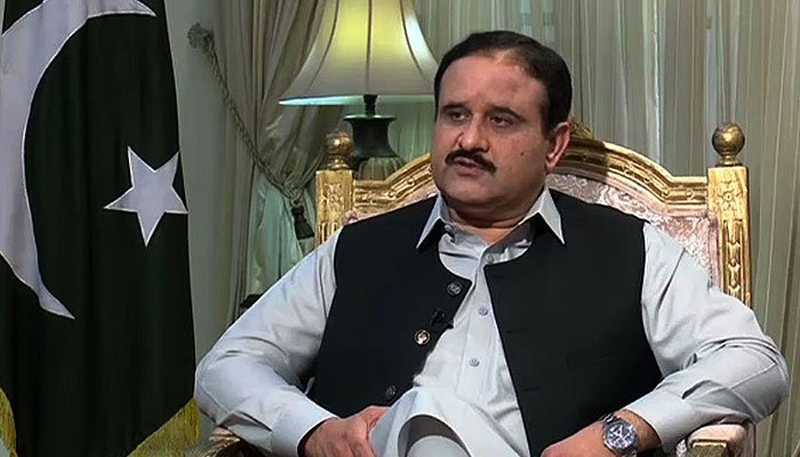 A special ceremony was held at Governor’s House to express solidarity with oppressed Kashmiris on the occasion of Kashmir Solidarity Day on Friday.

CM Usman Buzdar, in his address, asserted Pakistanis are observing Kashmir Solidarity Day to give a strong message to the world that Pakistan continues to side with the Kashmiris. Indian brutalities in Occupied Kashmir have been condemned the world over, he added. Different European parliamentarians and independent global bodies have also raised their voice against Indian aggression, he stated. PM Imran Khan is a genuine ambassador and advocate of Kashmir cause and he has vigorously fought the Kashmir cause at every world forum, he continued.

The chief minister vowed that Pakistan will continue to extend its strong diplomatic support to Kashmiris at every level because Kashmir is a juggler vein of Pakistan. I believe that freedom of Kashmir is not far-off and India will face humiliation and Kashmiris will succeed in their just struggle, he appended.

Usman Buzdar assured full cooperation to the GB government adding that extended cooperation will be provided in health, education, IT and other sectors. He announced to provide training opportunities to GB’s paramedical staff in nursing colleges adding that the issue of reservation of quota for the GB students in provincial medical colleges will also be given sympathetic consideration. The issue of quota in medical colleges will be amicably resolved, he continued. Meanwhile, the CM termed the PTI’s success in GB elections a victory of the agenda of change and the vision of a new Pakistan. The people of Gilgit Baltistan are our brethren and the Punjab government will continue every possible cooperation for the development there, he assured.

Usman Buzdar stated that the people of Pakistan are standing with Kashmiris like a solid rock and asserted that no power on earth can weaken the immortal relationship between the peoples of Pakistan and Kashmir. Kashmir will continue to be a part of Pakistan, he repeated. The hands of the Modi regime are stained with the blood of Kashmiris as every Kashmiri is demanding freedom from Indian yoke, he added and assured to provide every possible cooperation to GB for its development. GB chief minister thanked Usman Buzdar for extending necessary cooperation adding that this would further promote brotherhood and unity between federating units. We are thankful to the Punjab government for its cooperation in health, education, IT and other sectors, he added. Khalid Khurshid maintained that Indian atrocities have been fully exposed before the world as the Modi regime is facing internal conflicts and strife. Pakistanis have always supported the oppressed people of Occupied Kashmir and the whole nation is united for Kashmir cause under the leadership of PM Imran Khan, he said.

Separately, Punjab Chief Minister Sardar Usman Buzdar has expressed deep sense of sorrow and grief over the loss of precious human lives in a traffic accident in Mian Channu. The Chief Minister extended heartfelt sympathies and condolence with the bereaved family members of the deceased. The Chief Minister has also sought a report from administration about this incident.