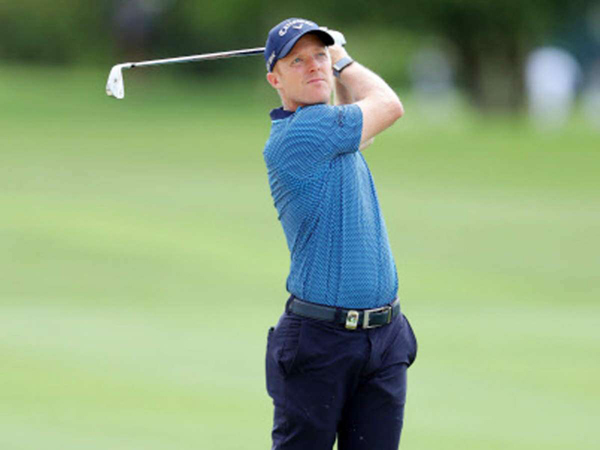 RIYADH: Englishman David Horsey fired a nine-under-par 61 for a one-shot lead over Scot Stephen Gallacher after the opening round of the European Tour’s Saudi International on Thursday. Horsey started slowly at the Royal Greens Golf and Country Club in King Abdullah Economic City, before hitting form on the back nine with seven birdies – including five in a row just after the turn – to take his tally for the day to nine. “It’s a shock actually. I’ve been playing rubbish the last couple weeks.. It’s nice to have a feel you can wake up and pick up straight away.” Former Ryder Cup player Gallacher shot 10 birdies, but bogeys on the 12th and 18th held him back. “I actually hit it really close to the pin which was good,” Gallacher, who has won two of his four European Tour titles in the Middle East, said. World number one Dustin Johnson was three-under after a below-par round of 67, while 2020 U.S. Open champion Bryson DeChambeau was tied for fourth. Five-times major winner Phil Mickelson had a round to forget, carding 68 for a share of 31st place.