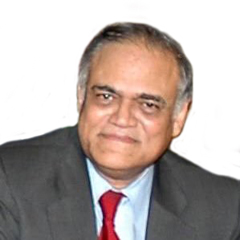 Salmaan Taseer: a remembrance, a reflection

In Salmaan Taseer’s brutal assassination, Pakistan has lost an exceptional public figure who possessed a modernist intellect, bold candour, physical courage, professional acumen, entrepreneurial capacity and political grit. Though occasionally he was a difficult person to relate to, he was always a refreshingly distinct, inimitable individual.

I knew him as a personal friend, a family friend, a neighbour in Karachi (1969-1971), a professional consultant and a political colleague. Some or all aspects of this multi-dimensional relationship spanned over 40 years even as the ties intensified or weakened. When I was critically ill in January 1972, and doctors apprehended that a blood transfusion may be needed urgently, it was Salmaan who was most forthcoming amongst my friends and instantly donated 500 cc of his blood. Though eventually the transfusion was not required as I miraculously recovered, Salmaan’s selfless gesture and his blood helped other persons in urgent need to recover their normal health. That spontaneous, unforgettable act by Salmaan symbolised his generosity and compassion.

About 38 years later, and exactly 24 hours after he was gunned down, I went to the site of his death to join a civil society rally in Islamabad convened to honour his memory. The spot still stained by his blood was like a piece of mother earth frozen by the horror of what ignorant hate can do to sacred life.

My last sustained interaction with Salmaan was unusually cool and intense. He had only recently become a minister in the caretaker cabinet appointed by President Musharraf in the last quarter of 2007. An emergency was imposed and the constitution held in abeyance. We met at a large mehndi celebration. We drew aside for about 20 minutes of a one-to-one encounter. It was also, for the most part, a one-sided harangue from me, lecturing him on the demerits of endorsing a gross violation of the constitution because of President Musharraf’s action in the capacity of a simultaneously serving chief of army staff (COAS). I knew there was only a limited right to sermonise because eight years earlier, I myself had joined General Musharraf’s cabinet upon his unconstitutional seizure of power. But to his credit, and most unusual for an irrepressible person like Salmaan, he heard me out in virtual silence, attempting only one or two mild responses. He both surprised and encouraged me into thinking that perhaps, at heart, he agreed with all or some of my hectoring.

In the 1970 elections, the first ever polls in the country’s history, we had the privilege of working together as supporters of a new party called the PPP. With other mutual friends like his professional partner, the respected chartered accountant Khurshid Hadi and budding lawyer, Syed Muzaffar Hussain Shah, later to become a chief minister of Sindh and Speaker of the Sindh Assembly, we went door-to-door in PECHS and other localities to canvass support for Kamal Azfar, PPP candidate for the National Assembly. Despite our candidate’s defeat, the political baptism that occurred in the historic election proved to be a binding element for our lives.

A few years later, on more than one occasion, he wanted me to open an office of my advertising agency in Dubai where he was already on his way to making millions. I declined but remained enthused about his political interests. His highly readable book, Bhutto: A Political Biography, released within months of the leader’s execution, aptly attempted to capture the subject’s paradoxes. Perhaps reflecting the inherent candour that characterised Salmaan’s personality, parts of that book did not please Benazir Bhutto.

Written shortly after Mr Bhutto’s callous execution, in the book’s preface, Salmaan praised the positive contributions the leader made. But he also bluntly referred to Z A Bhutto’s negative, self-destructive tendencies. For example, in chapter 16 titled ‘The Bhutto conundrum’, Salmaan wrote: “…he hated criticism with violent intemperance, and could be ruthless with those who voiced it…Bhutto saw enemies where none existed…he treated his political opponents as dangerous subversives, and succeeded in making them so…he weakened the judiciary, the industrial community, the bureaucracy and in the end, even his own party. He could not bear equals and ensured that even within the PPP, an alternative leadership never emerged.”

Such views notwithstanding, Salmaan also opposed the tyranny of General Ziaul Haq and martial law. With exceptional courage and fortitude he suffered torture and solitary confinement in the dungeons of the Lahore Fort.

During his days of being politically persecuted, soon after my election to the Senate in March 1985, he addressed a detailed, hand-written letter that helped me move appeals and motions, both outside and inside the Senate demanding justice for political prisoners. Our political paths converged again after the polls in November 1988. He soon became leader of the Opposition in the Punjab Assembly and withstood the Sharif brothers’ wrath while I became the first member of the Senate to formally join the PPP at Benazir’s invitation and then joined her first federal cabinet as Minister of State for Information and Broadcasting.

In the 1990s, in our own respective ways, we drifted apart from the PPP leadership. He retained an ambivalent relationship while I formally resigned in mid-1996 during BB’s second term of government as the misuse of executive power and the digression from the party’s original mission had become unacceptable.

Salmaan did not die in vain. His tragic loss poses major new challenges to politics and civil society in Pakistan, a subject that requires separate attention shortly.

The writer is a former Senator and federal minister