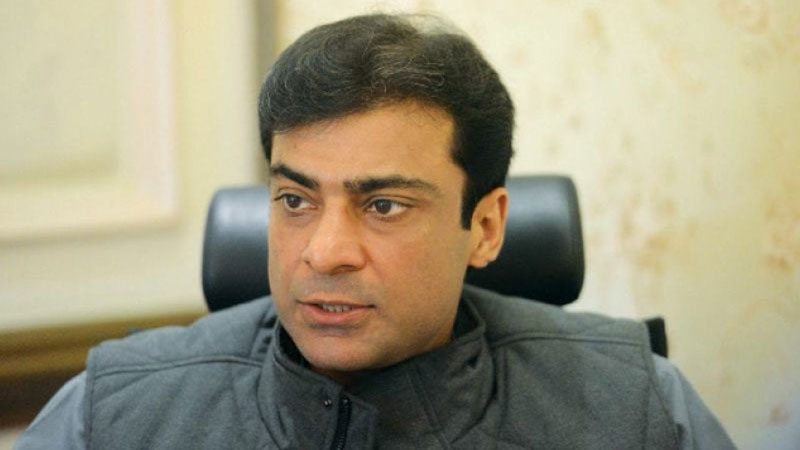 The Lahore High Court (LHC) on Wednesday issued a notice to the National Accountability Bureau (NAB) on a petition of Opposition Leader in the Punjab Assembly Hamza Shahbaz seeking bail in an assets beyond means case.

After a preliminary hearing, a two-judge bench headed by Justice Sarfraz Dogar issued a notice to the NAB to file its response to the bail petition by next hearing on Feb 17.

Advocate Azam Nazir Tarar and Amjad Pervez appeared before the court on behalf of Hamza. In his plea, Hamza has contended that in order to deter the opposition from criticising its performance, the incumbent government thought it appropriate to implicate the petitioner and his family in false criminal cases and for this purpose NAB was selected. He argued that it is no more secret that NAB is being used as a tool for political engineering and has also since been noticed by the superior courts including the Supreme Court of Pakistan.

Hamaz stated that NAB has, inter alia, assumed jurisdiction on the basis of an undated letter (received by the bureau on October 19, 2018) from an undisclosed/unnamed complainant (the “complaint”) and a purported report received from the Financial Monitoring Unit.

He implored the court that he was arrested in connection with the investigation by NAB officials on June 11, 2019, under alleged offences of the Anti-Money Laundering Act, 2010 and the NAO, 1999. “The physical remand of the petitioner was extended from time to time and ultimately he was sent to judicial lockup after a period of 84 days. The petitioner filed after arrest bail which was dismissed on February 11, 2020,” the plea stated.

On August 20, 2020, during the pendency of the above said CPLA, respondent chairman NAB filed reference against the petitioner and 15 others which was registered as accountability reference.

The plea further stated that the said reference comprised as many as 58 volumes spreading over thousands of pages whereas 110 prosecution witnesses were cited in the calendar, charge was framed on November 11, 2020.

“It was in the above context of the number of witnesses and framing of charge on November 11, 2020 after 17 months of the arrest of the petitioner that the Supreme Court was pleased to call for a report from the respondent bureau on December 8, 2020.

Complying with the superior court’s order a report was submitted by NAB wherein as many as 46 accountability references were stated to be pending before the Learned Trial Court and the reference against the petitioner was at serial 44.

“Keeping an accused in detention for a longer period is akin to awarding him sentence even before trial,” he contended and pleaded with the court to grant him bail after arrest.