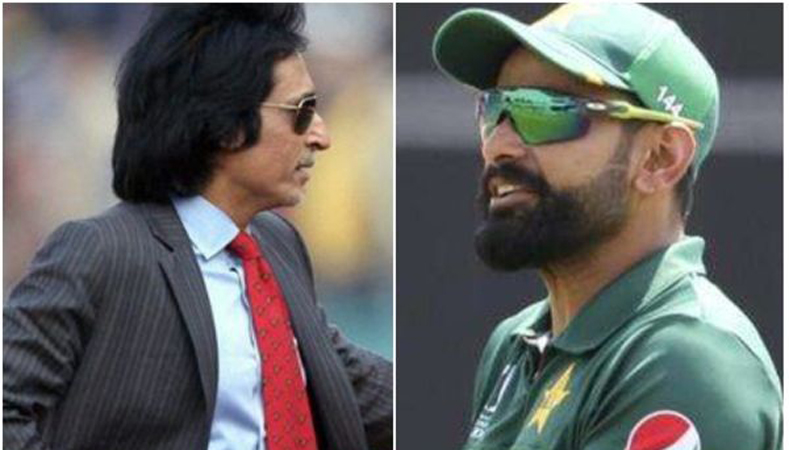 ISLAMABAD: Ramiz Raja, the former Pakistan cricketer and now a familiar face on TV commentary teams, has lashed out at Mohammad Hafeez, calling him “selfish” for preferring to honour his contract with Maratha Arabians in the T10 league and giving the upcoming T20 series against South Africa a miss. Raja said international cricket has returned to Pakistan after a long time, the teams are visiting the country and if the circumstances due to COVID-19 require one to follow a protocol, they must. Hafeez missed the bio-bubble deadline, for he was currently in UAE for the T10 tournament.
On his YouTube channel, Raja appreciated Haris Rauf and Asif Ali, the two players engaged in Big Bash League and the T10 league respectively, for setting their “priorities” right. “Now that international teams are coming to Pakistan, it’s imperative everyone follows the COVID-19 protocol,” he said, questioning Hafeez’s decision to not be a part of the team against the proteas.

“Among those playing in the T10 League, Asif Ali is coming but Mohammad Hafeez isn’t because he doesn’t want to end his contract. This shows the level of thinking because, considering the situation, we should be prepared to follow the necessary protocols even if there are last-minute changes,” he said. Similarly, he talked about Haris Rauf, who left Big Bash League to join the Test squad, showing where his priorities are. “If Pakistan is your priority, you are headed in the right direction. If you want to serve the leagues at the cost of selection for the Pakistan team, then you are certainly not on the right path,” Raja said. The 1992 World Cup winner also said that a player should think about his country, Pakistan, first and not be selfish. “Such a behaviour will not earn you many backers,” he said. Pakistan are currently leading the Test series 1-0 following their 7-wicket victory against South Africa in the first Test match played at Karachi.