Waseem wants to beat Mthalane in rematch for flyweight belt 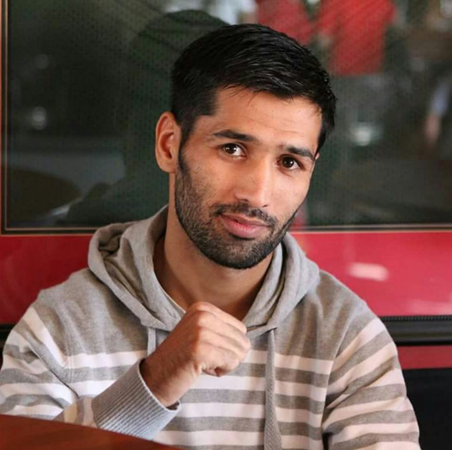 KARACHI: Pakistan’s first World Boxing Council (WBC) champion Muhammad Waseem wants a rematch for his International Boxing Federation (IBF) flyweight title against South African Moruti Mthalane in May this year. Waseem has been a sensation when it came to professional boxing back in late 2015 switching from amateur boxing and leaving behind the dream of representing Pakistan at the Olympics due to the Pakistan Boxing Federation’s (PBF) neglect of national pugilists, coupled with unprofessional approach to the sport. Waseem had decided to leave amateur boxing for good despite, bagging medals for Pakistan at the 2014 Asian Games, 2010 and 2014 Commonwealth Games and 2010 South Asian Games, along with gold medals at the World Combat Games

The breakthrough came in professional boxing with a WBC silver title against Jether Oliva in 2016 and then defending it successfully the same year. With only one defeat in his professional career out of 12 bouts and 11 wins with eight knock-outs to his name, Waseem nicknamed Falcon wants a rematch in May. Waseem lost to Mthalane in 2018 after a close fight which was carded 114-113, 114-113. 116-111. A star-studded fixture as it was with Manny Pacquiao’s main bout in Kuala Lumpur on the cards too that became a blemish on Waseem’s unbeaten streak.

“I want that rematch and that is the aim for this year,” Waseem was quoted as saying. “I really want that title. Mthalane is the champion with IBF so my goal is to get that fight. I really feel that I need that world champion title. Boxing has been the greatest love for me, and getting that title is all I want for this year. It is not going to be easy, it is not going to get any better either. I know I’ll be making the biggest change in my life this year, I’ll be getting married and of course that brings a lot of responsibility too, but I feel I would want to go all out on this bout, more aggressive than before.” Referring how the sport has been a way of life for Waseem, and him explaining that boxing remains one of the most dangerous sports in the world back in 2017, being a family man will be important for him and a way to find a balance.