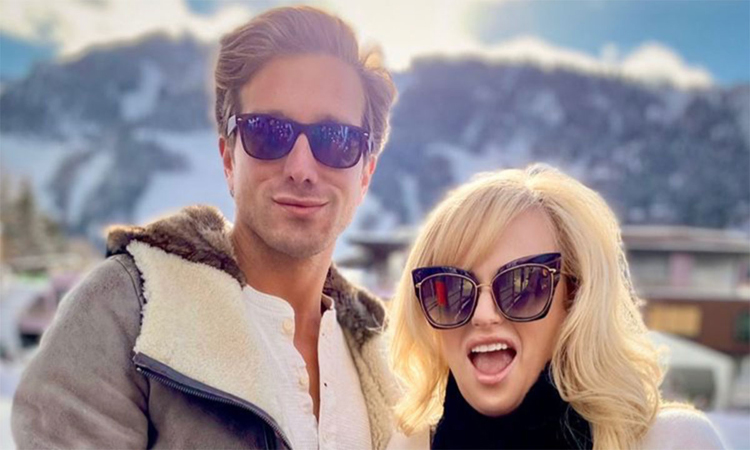 Rebel Wilson is back on the market.

On Tuesday, Feb. 2, the Bridesmaids actress took to social media where she appeared to be working on the set of a new project. However, instead of teasing her new job, Rebel decided to let her followers know she is available.

“Lots on my mind…aghhhhhh..” she shared on Instagram. “#single-girl-heading-to-Super-Bowl!” Rebel’s rep later confirmed to E! News that she is indeed single.

While details surrounding Rebel and Jacob Busch’s split remain private, the pair created many happy memories together after making their red carpet debut in September 2020. And long before she experienced a health and wellness transformation, Rebel’s man was cheering her on.

“Some people on social media say, ‘Oh, well you lost weight and then you got a hot boyfriend.’ But, what I do want to say to those people is that I actually dated Jacob when I was at my heaviest as well,” Rebel previously explained to E! News. “So, it’s not like I suddenly lost weight, and then you’re like, oh, you get a hot boyfriend-that’s not how it works.”

While details surrounding Rebel and Jacob Busch’s split remain private, the pair created many happy memories together after making their red carpet debut in September 2020. And long before she experienced a health and wellness transformation, Rebel’s man was cheering her on

She continued, “This guy liked me at 100 kilos and now 75 kilos. I just want to clear out that. There’s something really comforting in that to me because you’re like, oh, it wasn’t necessarily of what my body type was. He really likes me for me.”

While fans know Rebel for her roles on the big screen including the Pitch Perfect franchise, Jacob hails from the Anheuser-Busch brewing dynasty. He also serves as the founder of Napp’s Dairy Free Ice Cream.

But throughout their relationship, the couple put their job titles aside and simply had lots of fun including trips to snowy destinations and Monaco.

“We do a lot of exercise together,” Rebel previously joked on Instagram with a cheeky wink emoji.

While Rebel’s romantic future remains unknown for now, the 40-year-old actress recently learned what she hopes to find in a partner.

“The one thing I realized in doing all the emotional work…what I actually needed is sweetness in somebody, instead of sweetness in like ice cream and brownies,” she explained to E! News. “If you’re meeting someone over an app, you can’t tell how sweet and genuine they are as a person. And you’ve agreed, you’ve actually got to just give it a go and flesh it out in real life, I think. But that, to me, that quality of sweetness is just something that I was really after and that’s what Jacob brings to me.”